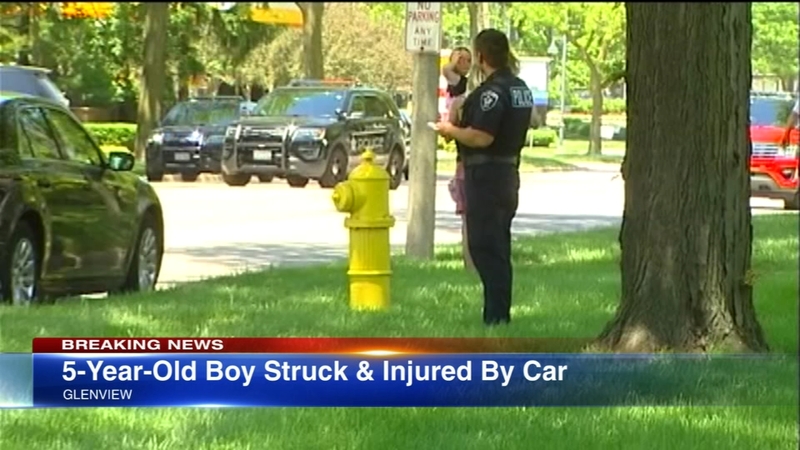 GLENVIEW, Ill. (WLS) -- A 5-year-old boy has died after he was struck by a vehicle in north suburban Glenview.

It happened Tuesday around 12:51 p.m. in the 700-block of Waukegan Road, according to Glenview police.

The child was taken to Lutheran General Hospital in serious condition. Police announced he had died later Tuesday evening.

He was identified Wednesday as Jacob Pikosky of Glenview.

The driver of the vehicle was not injured and is cooperating with the investigation, police said.

There is no indication the driver was impaired, officials said.