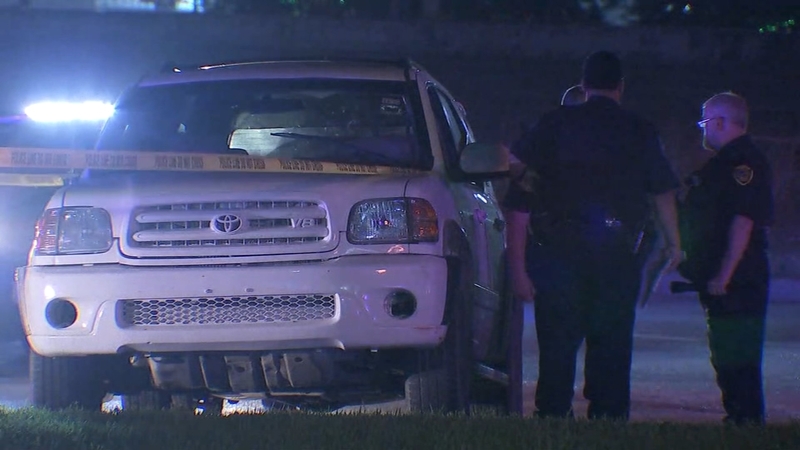 HOUSTON -- Authorities are looking for the person who opened fire on an SUV overnight Friday on a freeway in Houston, killing the driver as he drove with his two boys who ended up having to take control of the vehicle.

The incident occurred on Interstate 10, near Federal Road, according to the Houston Police Department.

The victim and his two sons, ages 7 and 10, were eastbound in the main lanes of the freeway when they heard a loud noise. The boys watched as their father slumped over the steering wheel, according to investigators.

The boys grabbed the wheel and steered the SUV out of the main lanes for approximately a mile and onto a feeder road, where they came to a stop near Federal Road.

The boys were able to run to get help once the vehicle stopped, police said. Their father died at the scene.

You'll have to watch this road rage incident to believe it: A driver got out of his Jeep and launched a pickaxe through another driver's windshield.

A description of the shooter or the shooter's vehicle was not available.

Police credited the boys for their quick-thinking and said their actions may have prevented further tragedy on the busy freeway.

"We don't know if it was road rage or if it was someone actually trying to get these individuals," said police Lt. R. Willkens. "So, prayers for their family. The kids are safe right now."

The East Freeway shooting was at least the third violent incident involving gunfire in the city in a 12-hour period. None of the incidents were believed to be related.