Boystown name change gets mixed reaction from residents; will now be known as Northalsted 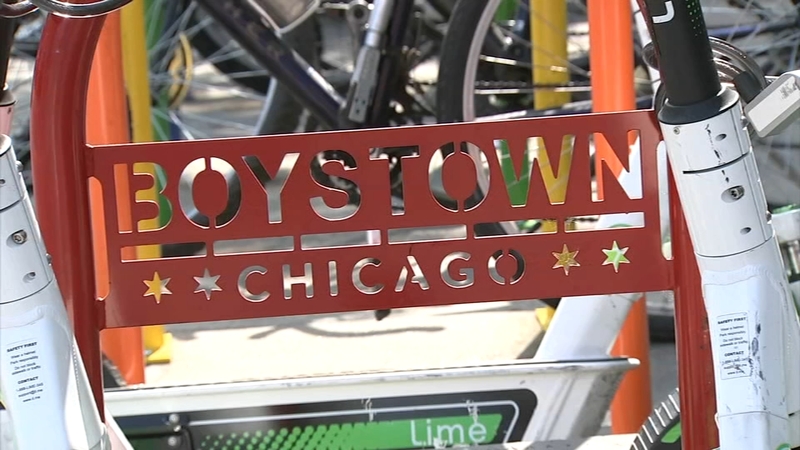 CHICAGO (WLS) -- The decision to drop the Boystown name from the famous North Side neighborhood was met with mixed reaction Thursday.

The name "Boystown" has been in colloquial use since the 1980s, and the Northalsted Business Alliance had used it in past marketing campaigns.

As a result of a survey about inclusivity, the board decided "to focus marketing efforts on the geographic location (Northalsted) and use the slogan 'Chicago's Proudest Neighborhood'."

In the neighborhood, banners trumpet the names and bike racks reiterate the message, letting visitors know they are in an LGBTQ-friendly neighborhood.

But some neighbors say the name is unfriendly to anyone who is not a boy, and that's why Devlyn Camp started a petition to change the name to reflect a more diverse neighborhood.

While the majority of people who took Camp's survey voted to keep the Boystown name, the association decided to drop it from their marketing.

"Northalsted is all about being inclusive and spreading the inclusivity, so it feels right to get away from 'Boys Town' when we market the neighborhood," said Jen Gordon, NHBA.

The alliance hosts several big neighborhood events, including the Pride Parade and Market Days, which draw hundreds of thousands of visitors. COVID-19 has put those events on hold this year, and next year will refer to the neighborhood as "Chicago's Proudest Neighborhood."

"I think this is a pretty historic neighborhood, I don't think there's any reason to change the name," said Olivia Johnson-Smith, resident.

Chicago Male lays claim to being the oldest salon in the neighborhood known as Boystown. It's a good fit for the salon, and they have no plans to change it, which is fine with plenty of people in the area.