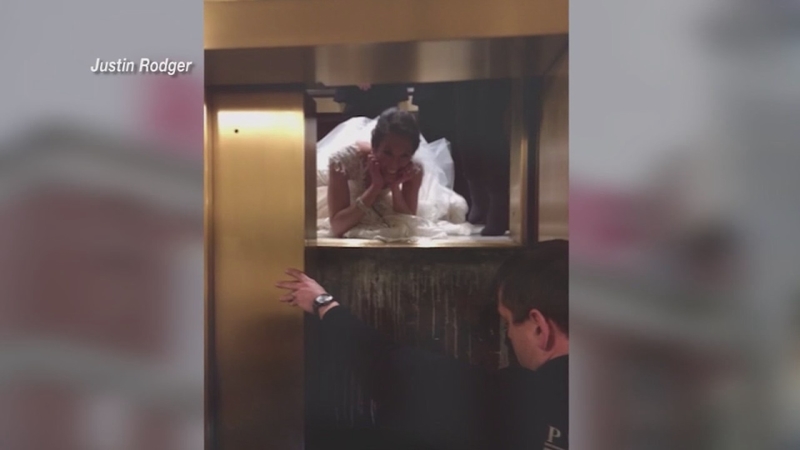 PROVIDENCE, R.I. -- A bride missed the cocktail hour for her wedding reception Saturday night, after she became stuck in the elevator.

Melissa Rodger was headed to the 18th floor of the Providence Biltmore with two wedding planners when the elevator stopped four feet shy of the landing. "I was hoping that it would just take a minute," she told ABC6 News. "Five minutes went by and I thought: 'Okay, something might be wrong.'"

Her husband, Justin, found out shortly after. "One of her bridesmaids came up to me and whispered in my ear: 'we have a situation that's going on," he said. "'Don't be alarmed, but Melissa is stuck in the elevator.'"

Firefighters pried open the elevator doors. Providence Battalion Chief Jay Viens tells ABC6 News he has responded to a lot of jammed elevators in his 26 years with the department, but never found a bride stuck inside on her wedding night.

The reception started about 20 minutes late, but the Rodger's said it ran smoothly other than that.