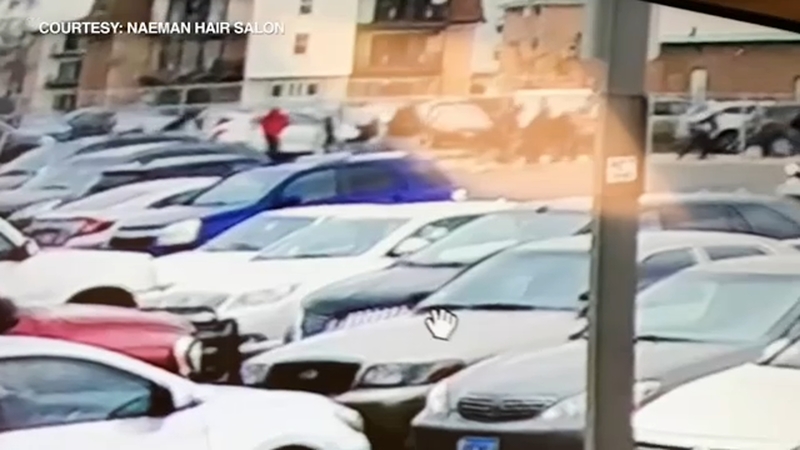 2 charged in deadly Bridgeview shooting outside Secretary of State facility

BRIDGEVIEW, Ill. (WLS) -- Two men have been charged in connection with a deadly Bridgeview shooting outside a Secretary of State facility earlier this week.

Bridgeview officials said Jawaun Davis, 21, died after being shot outside of a Secretary of State facility Wednesday afternoon.

Police said the shooting happened around 1:35 p.m. in a parking lot outside the Illinois Secretary of State facility on West 87th Street.

Davis was shot several times and taken to Christ Hospital in critical condition, Bridgeview village officials said. He later died at the hospital, according to police.

Bridgeview Police Chief Ricardo Mancha gives an update after a man was shot several times while standing in line outside a Secretary of State facility.

Bridgeview police said Davis was standing in line waiting to go into the driver's license facility when one or more people ran up to him and started shooting. At least two dozen shell cases littered the sidewalk outside of the facility.

The suspects then jumped into a car and fled.

No one else standing in line was injured, nor was anyone inside the driver's license facility, which police partially credited to the mandated 6 feet of social distancing in the line to get into the facility.

Video captured people running as gunfire was heard outside a Bridgeview Secretary of State facility Wednesday.

Police chased the suspects' car to the area near 99th and Roberts Road. Two people were taken into custody around 2:45 p.m., the suspected shooter and a person believed to be his accomplice, police said.

The two suspects had abandoned their vehicle and tried to carjack another vehicle, a Bridgeview village spokesperson said.

They allegedly threatened a Tesla owner, who left the vehicle to the carjackers, but the two suspects, after getting in the car, couldn't figure out how to get it started. That delay allowed police to catch up with them and arrest them, the spokesperson said.

Police said they believe the shooting was intentionally planned, targeting this victim. They do not believe there is any danger to the public.

Givens and Hudson are due in court at 1 p.m. Friday.

"As always, it is due to the hard work extreme cooperation of all police agencies that consistently back each other up and tirelessly help one another," Bridgeview Police Chief Ricardo Mancha said.

Suspect in custody after deadly supermarket shooting on Long Island