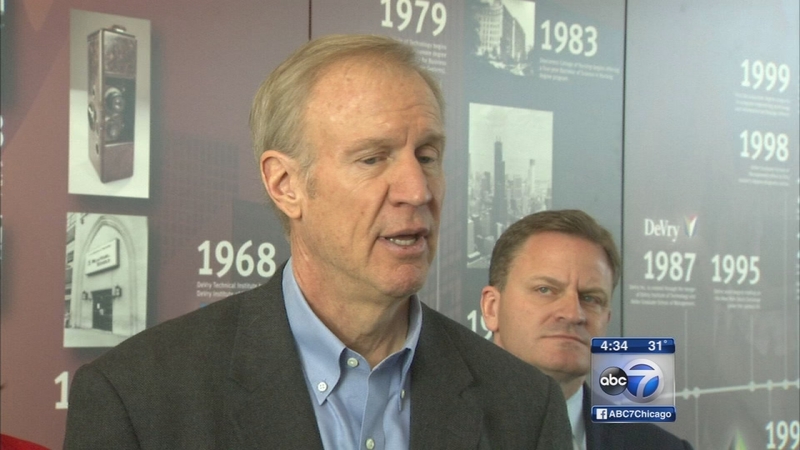 "We had a very good discussion with President Cullerton and some interesting ideas came up in workers comp and pension reform," Rauner said Friday after touring a DeVry University/Chicago Public Schools program on the city's North Side.

A good discussion with Democratic Senate President John Cullerton is only half progress. House Speaker Michael Madigan--arguably the state's most powerful democrat--did not attend Thursday's session.

"He's not a big fan of the four leader meetings. He has not really wanted to have those during the summer and the fall," Rauner said.

"We had good discussion but we're not going to get any further down the road unless we have everyone in this room," State Rep. Jim Durkin, House minority leader, said.

The House and Senate Republican leaders who attended Thursday's meeting agreed there had been some progress with Cullerton on the governor's demand that before any tax increase is considered there will be pro-business, anti-union reforms.

"We have to talk about reform and that's the pathway to getting to a budget," Durkin said.

"I think he's managed it the best he can. I don't think anyone expected him to be stonewalled the way that he has been," Radogno said.

Rauner's optimism does not include hope for a budget agreement before the end of the year:

"We may not be able to meet in the next two weeks. My sense is we'll probably meet right in the beginning of the new year, like January 4th, 5th is my guess," Rauner said.

Madigan's office said there was a calendar conflict leading him to miss Thursday's budget talks.