ELMHURST, Ill. (WLS) -- Illinois Governor Bruce Rauner's move to block some state workers from having to pay union dues is in legal trouble.

The Illinois Attorney General says requiring state employees to pay union dues is constitutional and the deducting those dues from pay checks should continue. Gov. Rauner appeared caught off-guard by the ruling during his appearance in Elmhurst.

The new governor signed another executive order: This one forming a task force to study how to consolidate many of Illinois' 7,000 units of local government with a goal to reduce taxes.

"This is another step on the road to turning our state around," Rauner said.

But hours earlier, one of Rauner's earlier edicts, exempting state employees from mandatory union dues, was ruled unconstitutional by Attorney General Lisa Madigan. And Leslie Munger, the Republican comptroller Rauner appointed, announced that she would not enforce the governor's order.

"There will be bumps in the road and slowdowns and some obstacles to overcome. It's just part of the process," said Rauner.

The wealthy businessman and first time office-holder is trying to get Republican lawmakers, a minority in Springfield, on board with his anti-union rhetoric.

"Some tough language is always warranted in conditions that we finally find ourselves in," said State Rep. Ron Sandack (R-Downers Grove).

"Because we've had one-party control for so long we really haven't addressed issues like that in a long time," said State Sen. Christine Radogno (R-Lemont). "So I think it's a good thing, we need to do that."

In Chicago, parents and providers demanded the governor add funding for daycare subsidies that have run out of money for the current fiscal year.

"It's affecting 100,000 working parents not to mention the day care providers as well as the care providers that work from home," parent Berneice Rojas said.

Rauner promised to move money from other programs.

"Once we have that authority we will re-allocate and give proper funding to things like the daycare program," he said.

Finally, a poll by the online Illinois Observer said Rauner's approval rating had fallen from 52 to 43 percent a month later.

"I'm going to be unpopular for a while, that's a given and that's okay," Rauner said.

The governor makes his budget address next Wednesday in Springfield. On the union dues issue he was unclear whether his administration would go to court to challenge the attorney general's opinion. 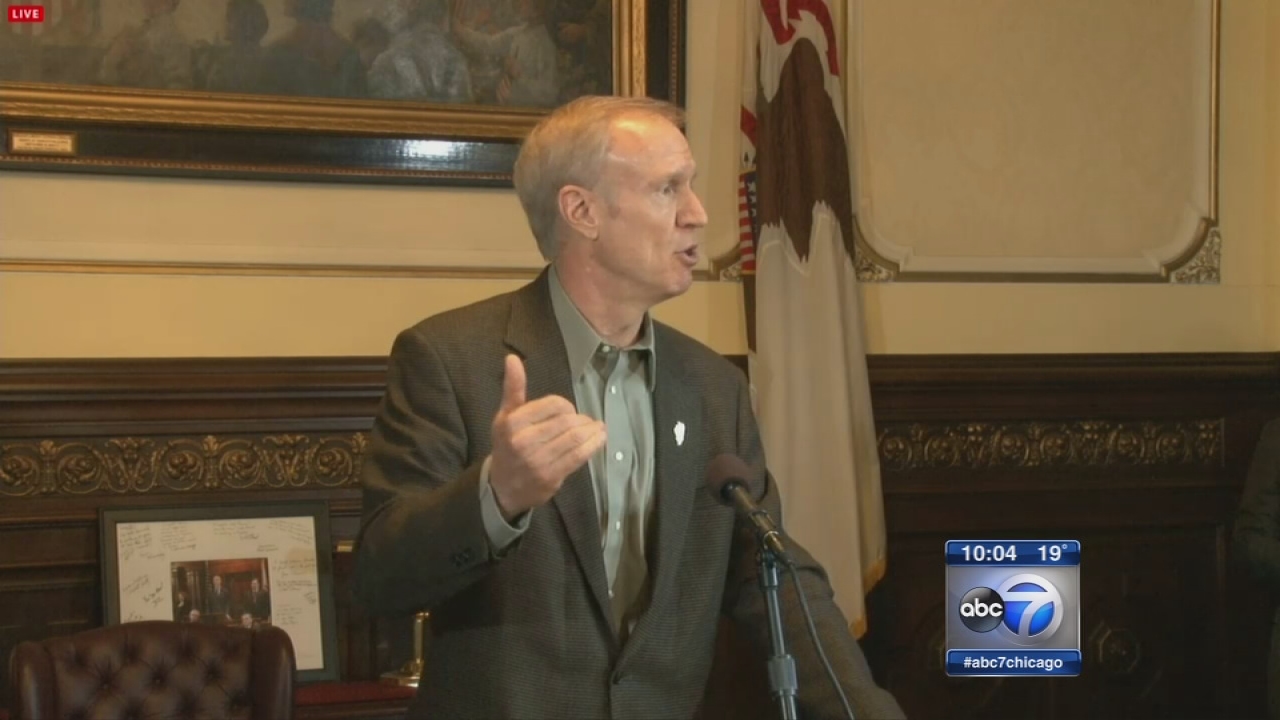