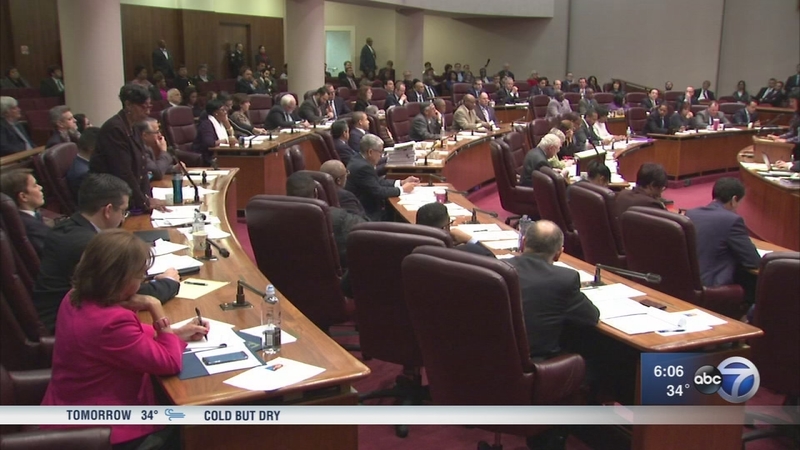 Through a series of tax and fee hikes, including property tax increases, the average Chicago resident will pay about $1,800 more than they did before Mayor Rahm Emanuel took office. This year's budget is one of the least painful for taxpayers.

Last month, Emanuel proposed a budget that included increased tax on phones to pay for 911 upgrades and a fee hike for ridesharing to cover CTA improvements, and sent half of Tax Increment Financing (TIF) surplus money to Chicago Public Schools.

The budget also includes tax increases on property, water and sewer, as well as higher taxes on large amusement venues.

About $80 million of the budget will go toward CPS for security and after-school programs, with about $66 million coming from TIF surplus. A million will go toward hiring more police officers and police reform. One million dollars will go toward rodent control.

"Mayor, I just want to say this is a great budget, we are making some sacrifices, but we are keeping things stable," said Ald Walter Burnett (27th Ward).

However, critics of the budget disagreed with giving money to CPS and CTA without city council oversight over how the money was spent. Other alderman said the budget does not address the future, especially funding pension obligations.

Three alderman voted against the budget, including Ald. Scott Waguespack (32nd Ward), who said in a statement that the budget falls short of what Chicago families need.

"In recent years, Chicago taxpayers have been hit with an increase in property taxes, water and sewer fees, a new garbage tax and a phone tax. Public employee retirees have had to pick up thousands of dollars in health care costs that were previously covered by the City. And yet, again through this year's budget, the Emanuel administration adds to the load of regressive fines, fees and taxes that working families must bear. We cannot in good conscience vote to advance this irresponsible approach," Waguespack said in a statement.

"By 2020, we are going to need more than $600 million to meet the cost of pensions, within five years a billion more," he said.

Ald. Carlos Ramirez-Rosa (35th Ward) also voted against the budget. In a statement, he said the budget "nickel and dime Chicago's poor and working families."

His statement continued: "It is time we demand that the rich and wealthy elite of this city pay their fair share. We can and should reinstate the corporate head tax, enact substantive TIF reform, implement a commercial lease tax, and create a municipal bank."

Emanuel, who proposed the budget, wanted to remind taxpayers that the city was much worse off when he took office in 2011.