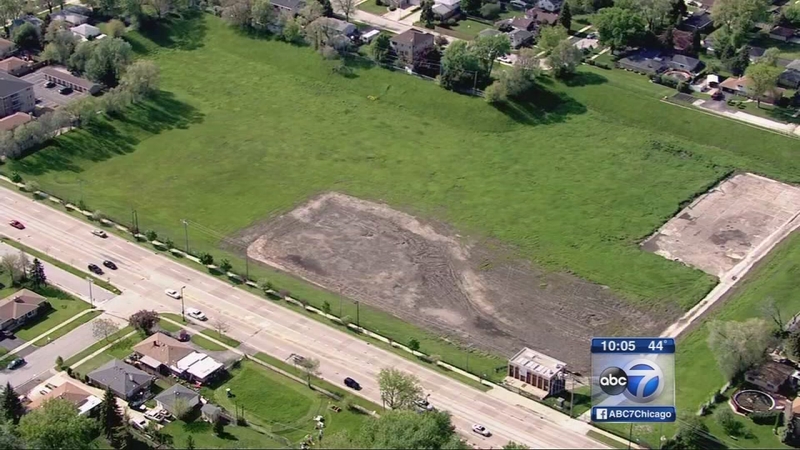 BURBANK, Ill. (WLS) -- Homeowners in south suburban Burbank are worried they could lose their homes after getting letters in the mail saying they may be forced to sell in an effort to fix flooding problems.

Burbank was hit with two major floods last summer. The mayor says the state's water agency is now stepping in, but that agency says it's up to the city. And now, many here feel caught in the middle.

"You, sir, are our representative in this town, along with your council," said Janet Bennick.

The meeting comes days after the owners of 15 homes received a letter signed by Mayor Harry Klein saying the Metropolitan Water Reclamation District was buying their homes in order to expand the Melvina Reservoir and avoid a repeat of last summer's floods.

"My house is all I have, and I'm going to get a letter the day after Mother's Day, a very generic letter, that this is all said and done," said Christine Kent.

Bonnie Gall owns two properties that didn't flood, but still got the letter.

"I put in $60,000 worth of improvements between both homes, and I was just going to spend my golden years here and die here," Gall said.

On Wednesday night, the mayor said his hands are tied.

"I wish I had a pill that would solve it all. I'm trying to be realistic. I tried to send you the letter to say, hey, here's what's coming," Mayor Klein said.

But on Wednesday, the head of water reclamation said the mayor's letter was premature, and Burbank has final say.

"The village has to want the project. That means that the constituents of that village have to want that project," said David St. Pierre, executive director of the Metropolitan Water Reclamation District.

The Metropolitan Water Reclamation District says before anyone is displaced, there first must be a series of public hearings.

Mayor Klein declined an interview Wednesday night, and he preferred to comment during the meeting.