Family of teen killed in Burr Ridge hit-and-run upset by $50K bail for man charged: 'He took a life' 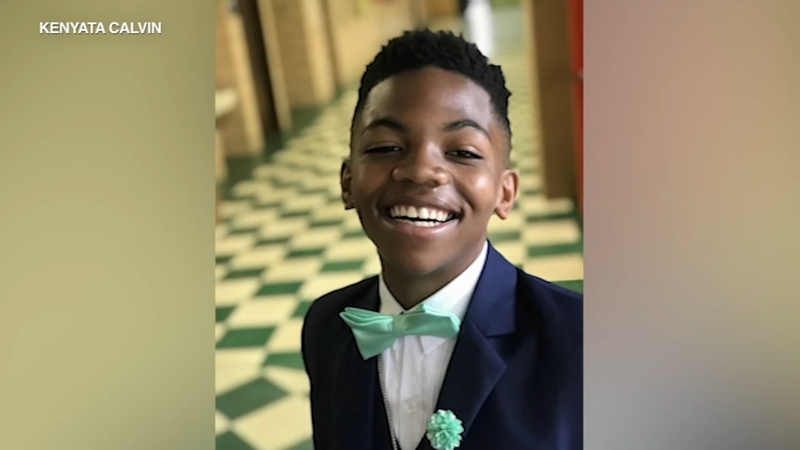 One of two suspects in a hit-and-run crash that killed the 16-year-old boy over the weekend was in court Thursday. Hunt's family said they're pleased to see an arrest made in this case, but are still struggling to fill that void left by the loss of their son, who was a junior at Bogan High School in Chicago.

Halloway and her husband are still trying to make sense of the hit and run that killed their son.

"It's been a challenge man... ups and downs... anger... just trying to get through it day by day," said Hakeem Adams, Hunt's stepfather.

Hunt died in surgery after police say he was hit by a jeep Cherokee Saturday night while walking across Route 83 at Central Avenue in Burr Ridge. Police said an anonymous tip led them to 18-year-old Woodridge resident Marvin Mejia, the driver of that jeep.

"It affected all of us and I can tell you that it affected these detectives and officers here who worked non-stop because of the circumstances of this case of this young man losing his life," said Burr Ridge Police Department Chief John Madden.

Family said Hunt was trying to get a ride from his father's house in Burr Ridge back to his home in the Parkview neighborhood of Chicago when he was fatally struck.

Hunt's family said they found out about his death when they called his phone Sunday and a police officer answered.

"He was a loving brother and caring person," said Tonyai Bennett, Hunt's little sister, through tears.

Mejia is now facing one count of failing to report an accident involving death, which is a Class 1 felony. A judge Thursday set bond at $50,000 for Mejia, but Hunt's family isn't quite pleased with that.

"I don't agree with that because you can get a drug charge and your bail is $5,000," said Adams. "So a person died behind this incident, and then you fled the scene."

Prosecutors also said Mejia called the State's Attorney's Office when he realized he had been involved in the crash.

"They said he turned himself in yesterday... The accident happened on the fifth so what's that... four, five days later? We'll never know if he was intoxicated... We'll never know what was going through his head," Adams said.

"There was talk of a third vehicle that stopped and left. We don't know the involvement of that vehicle or if it was just a witness who didn't want to stay behind. That was described as a dark Acura SUV with Wisconsin license plates," said Deputy Chief Marc Loftus.

Police did not say if another driver has been apprehended, but added that the anonymous tip, media coverage, Burr Ridge police and a DuPage countywide task force all played a role in the arrest.

"This is about good police work in a tragic situation," Burr Ridge Mayor Gary Grasso said. "That's what this story is this morning."

Police continued to comb through surveillance video, urging businesses along the highway to come forward with any other video to help give Hunt's family closure.

"A 16-year-old boy just walking across the street, minding his own business, and that someone would strike him and not stop to offer aid, it's disturbing," Loftus said.