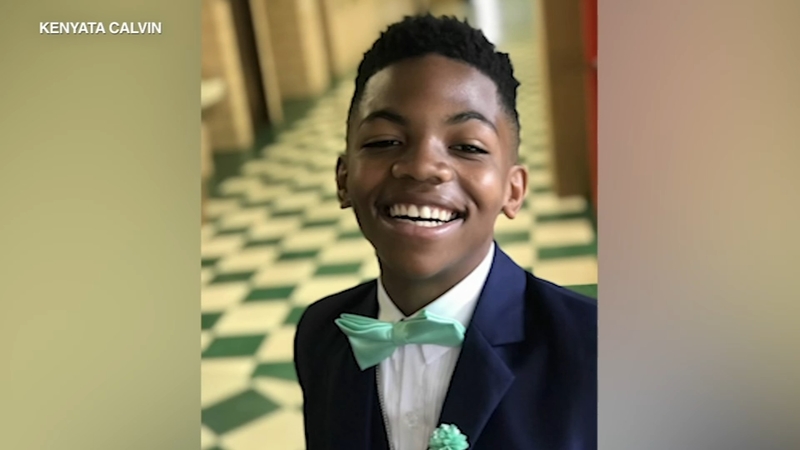 Police said witnesses saw two vehicle strike the teen as he walked eastbound across Illinois Route 83 at the intersection with Central Avenue around 9:20 p.m.

SEE ALSO | Chicago husband and wife killed in Pullman hit-and-run crash: 'They died together'
The 16-year-old male was rushed to Good Samaritan Hospital in Downers Grove, where he later died of his injuries, police said.

Family identified him as Alex Hunt, and said he was trying to get a ride from his father's house in Burr Ridge back to his home in the Parkview neighborhood of Chicago when he was struck and killed.

Hunt's family said they found out about his death when they called his phone Sunday and a police officer answered.

"He was a loving brother and caring person," said Tonyai Bennett, little sister, through tears.

Hunt was a junior at Bogan High School in Chicago.

"I'm sorry that we weren't able to pick you up. I'm sorry for that. I'm sorry I was too late," said his aunt Kenyata Calvin.

Police said witnesses described two possible suspect vehicles. One is a dark-colored SUV, possibly a 2014-18 Jeep, with passenger side front end damage. The other vehicle was a dark colored SUV, possible a 2013-15 Toyota, which may have front and right side damage. Investigators said they are also seeking a dark-colored Acura SUV with Wisconsin plates that was seen leaving the area.

"There was talk of a third vehicle that stopped and left. We don't know the involvement of that vehicle or if it was just a witness who didn't want to stay behind. That was described as a dark Acura SUV with Wisconsin license plates," said Deputy Chief Marc Loftus.

Police continue to comb through surveillance video, urging businesses along the highway to come forward with any other video to help give Hunt's family closure.

"A 16-year-old boy just walking across the street, minding his own business, and that someone would strike him and not stop to offer aid, it's disturbing," Loftus said.