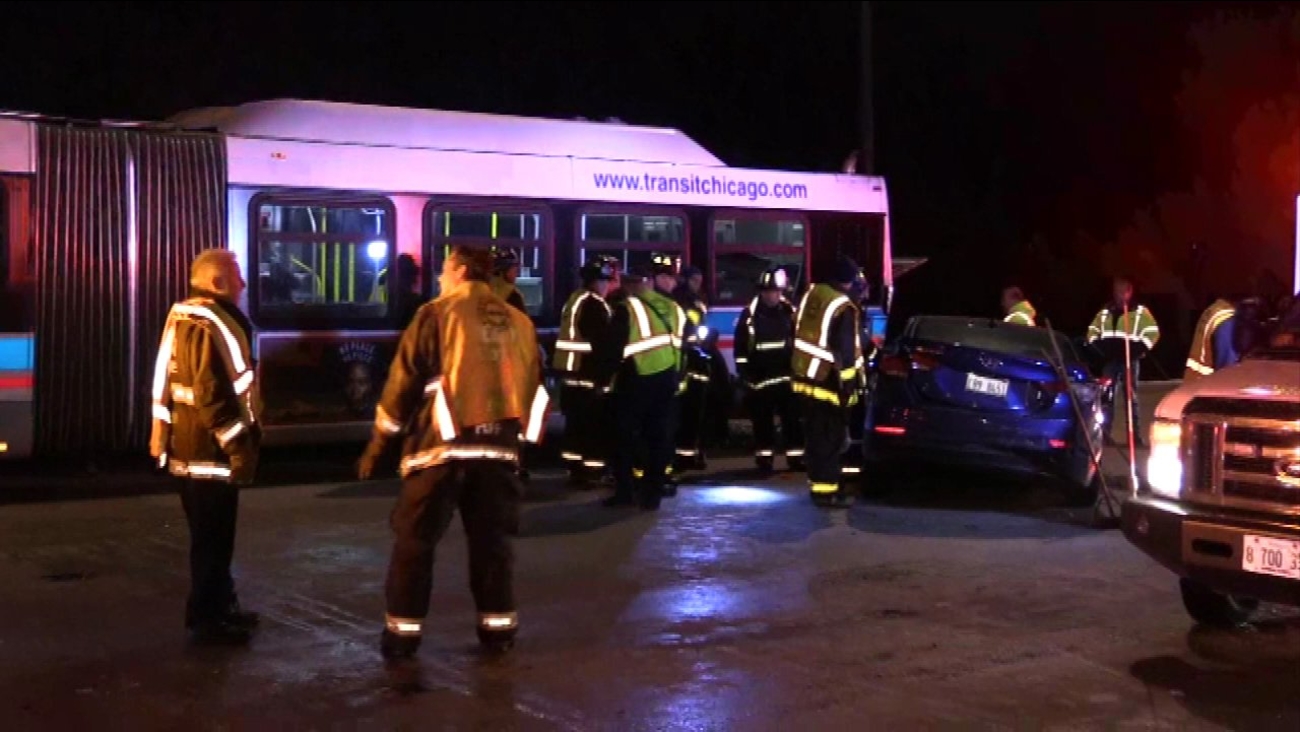 WLS
CHICAGO (WLS) -- Five people were injured in a crash involving a stalled CTA bus on Lake Shore Drive in the city's South Side, police said.

Three other vehicles were involved in the crash, which occurred when a car hit the bus just south of 31st Street shortly before midnight Friday, police said. Another SUV wound up on its side.

Police said the bus had no passengers on board.

The southbound lanes of Lake Shore Drive near 31st Street were closed but have reopened. Only one of the five injured people remains hospitalized.