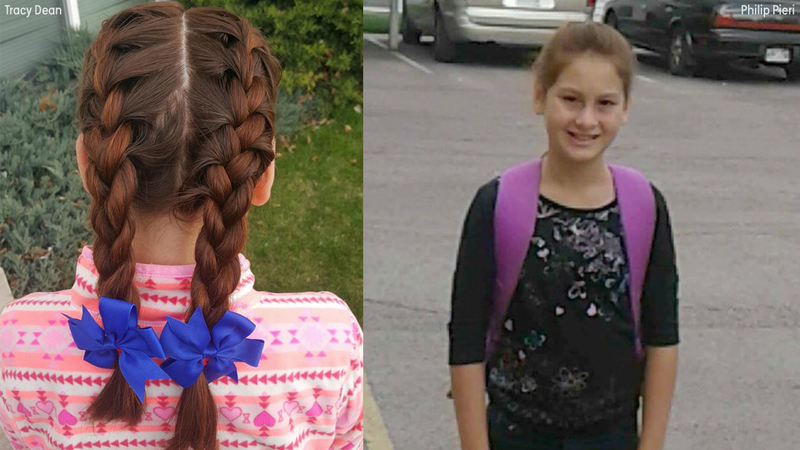 This story originally appeared on Babble and is reprinted with permission.

All moms, at least once, fear what life would be like if something tragic were to happen to them and they were no longer around to take care of their kids. I know I have. But sadly, one family in Utah knows that heartbreak firsthand.

Isabella Pieri, 11, lost her mother to illness in 2015. Since that time, her father, Philip Pieri, has been taking care of her and her older brother, who is now 13 years old. While we can all understand the heartbreak that any family would go through after losing the mom of the family, there are other practical things that you might not think about. For example, who will help out with your daughter's hair?

"She's surrounded by my son and me who can get out of the shower and comb their hair in two seconds," said Philip. "So she didn't catch on to how important it was for young girls to take care of their hair."

He admitted that they ended up cutting it all off and starting over again at one point. And, while many dads are definitely capable of fixing their own daughter's hair, I can see how it might be a struggle for a new widower who has never had to do his daughter's hair before.

But here's where the story takes a beautiful turn. Isabella found someone to do her hair, and it came in the form of an unlikely person - her school bus driver, Tracy Dean.

Tracy, a mom to four and grandma to six, has been driving a school bus for 10 years. She told Babble that she had noticed for about a year or so that Isabella needed help with her hair after her mom had passed away, but she was hesitant to say something for fear of hurting Isabella's feelings.

But after another little girl on the bus asked Tracy for help with her hair, Isabella asked Tracy herself, two weeks later.

"I was so relieved that she asked," Tracy told Babble. "I thought to myself, 'Thank you Lord above. Finally I get to help this little girl with her hair.'"

Now, Tracy makes it a part of her regular routine to get to school early enough to do Isabella's hair (and the other little girl's).

"I can see that she shines a lot brighter," said Tracy.

Isabella's father admitted that he could see a difference, too. He said that he's seen a confidence in his daughter, and that he's so grateful to Tracy for helping his daughter "be the princess she is."

Tracy said that she has even taught Isabella how to detangle her hair, so that she isn't ripping it out when she is brushing it.

When I asked Tracy what motivated her to do this, she replied, "I like to think ... what if it were my child? How would I want my child to be treated? And go with it. Sometimes these kids just need someone to talk to."

The incredible thing about Tracy is that she is a breast cancer survivor. And it's easy enough to see what a light Tracy is to the kids that she drives to school.

"I love my job!" she told Babble. "I love these kids. You have to, to be a bus driver. When I go home at night, I look at my own and think how lucky I am that I survived breast cancer. I'm so grateful to be alive for my husband, my children, for my grandchildren. For all the kids I drive to school."

And those kids are obviously lucky to have someone like Tracy, too. Especially, Isabella, who has beautiful hair every day now, thanks to the kindness of her school bus driver.