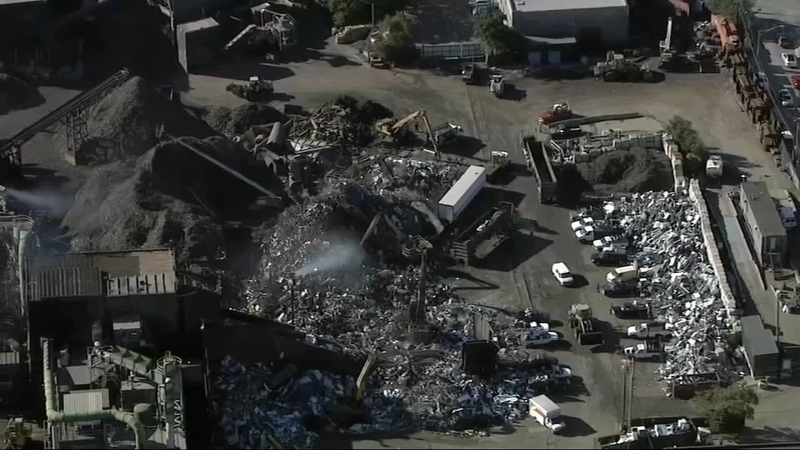 CHICAGO (WLS) -- The Illinois Environmental Protection Agency has granted a permit for a controversial scrap metal plant to move from Chicago's North Side to the Southeast Side.

Construction of a new recycling operation is anticipated at 116th and Avenue O in the East Side neighborhood after General Iron, owned by RMG.

Oscar Sanchez, who lives nearby, opposes the construction. He was among those who offered more than 300 statements to the Illinois EPA during a public comment period.

RMG is calling the East Side facility General III.

General Iron/RMG issued a statement, saying in part that "equipment at the new General III facility will exceed those found at any other steel shredding operation in Illinois or surrounding states."

The Illinois EPA construction permit was approved with special conditions, which limit emissions as well as hours of operation. More monitoring and testing of emissions will also be required.

Sanchez said even though there are special conditions, some voices weren't heard.