There are tens of thousands of abandoned storage units in this country, many containing junk, but a few containing unknown treasures, historical artifacts, or worse.

Here, we've compiled a list of some of the strangest, and in some cases fortuitous, things located in storage units through the years.

James Bond's Submarine Lotus Esprit - bought in 1989 with a $100 storage unit on Long Island. The vehicle was later sold to Tesla founder Elon Musk for $1 million.


RELATED: Records: Man posed for photo with dead wife, then cut her up while newborn, toddler present; later found in storage unit

Guy Fieri's stolen $200,000 Lamborghini Gallardo convertible was found in a Point Richmond, California, storage container a year after the theft

An amputated leg stored in a barbecue smoker - the amputee and the person who bought the storage unit got into a custody battle over the limb.

$500,000 worth of gold and silver - The man, identified only as John, apparently paid $1,100 for the unit only to see his blind investment turn into a real goldmine

A 95-year-old woman's remains - Her daughter admitted on her deathbed that she'd never properly buried her mother because her car broke down. And the casket stayed in the storage unit for 17 years.

A burglar - who was allegedly trying to steal from a storage unit, got locked inside it in Missouri

***Storage units in the suburbs are being targeted by thieves! MONDAY The ABC 7 I-Team uncovered hundreds of burglaries. The areas hit hardest and how the crooks are gaining access to prized possessions - time and again.***
Report a correction or typo
Related topics:
businessbizarreconsumer
Copyright © 2021 WLS-TV. All Rights Reserved.
RELATED 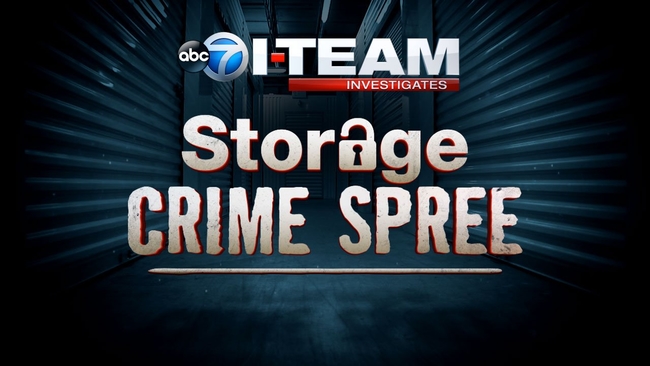