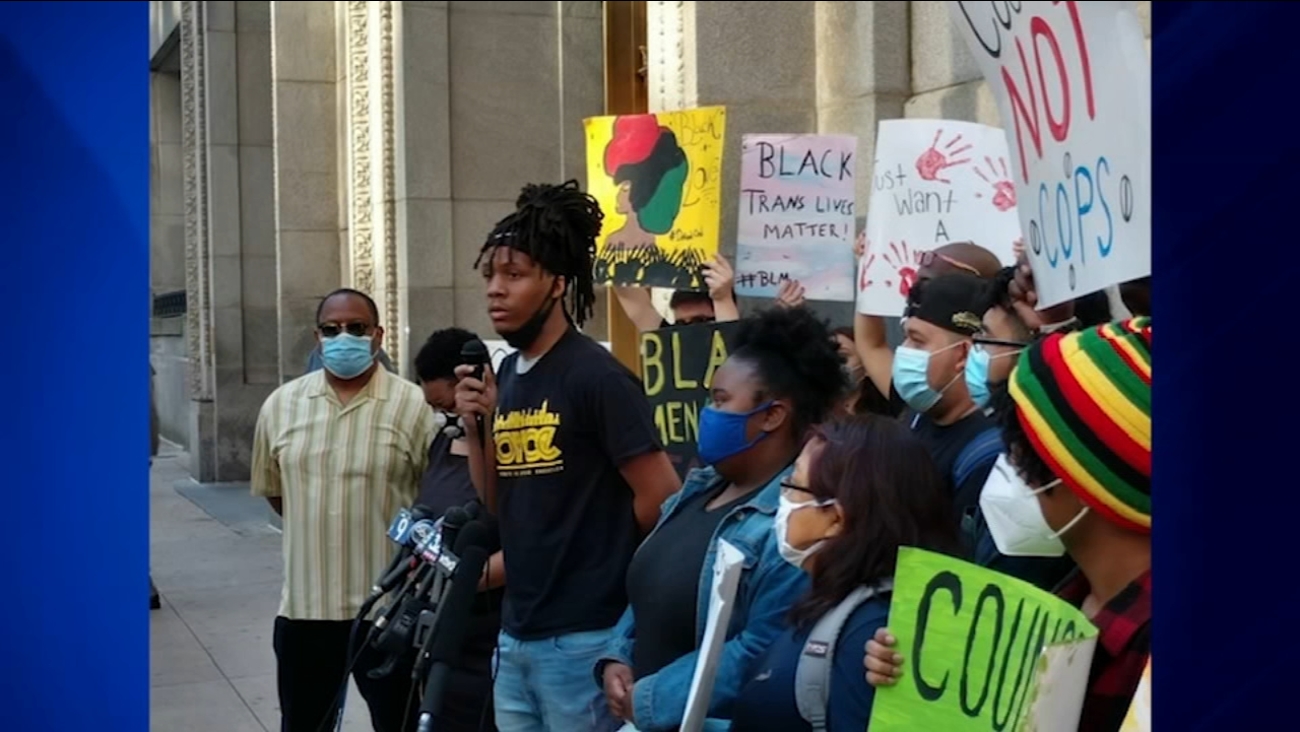 "It's not fair to know that a young person who fought so hard is no longer here anymore."

CHICAGO (WLS) -- A young activist was shot and killed in Chicago's West Rogers Park neighborhood over the weekend.

Caleb Reed, 17, was front and center in speaking out against police in schools.

In a June interview with ABC7, the 17-year-old Mather High School student explained why it became his cause.

The youth activist died Sunday after being shot in the head last Friday afternoon.

Reed was gunned down on a sidewalk in West Rogers Park in broad daylight right across the street from the Misercoridia Home.

For the past year, Reed worked with Meyiya Coleman and Maria Degillo at Voices of Youth in Chicago Education, known as VOYCE. It is a student led group that advocates for the removal of police in schools.

"It's not fair to know that a young person who fought so hard is no longer here anymore," said Coleman.

"Caleb was really trying to change the way we value and love black lives and young people of color," Degillo said.

Degillo and Coleman said Caleb's desire to make change was done so with passion and humor.

No one from VOYCE had any idea who would want to kill him.

Alderman Andre Vasquez from the 40th Ward said he is just as baffled. He lives in the neighborhood where Caleb was shot.

While no arrests have been made, Vasquez said police are trying to determine if the shooting was random or targeted.

"To have someone that involved in the community and taking the right steps to make his voice heard and have this occur is beyond tragic," Vasquez said.