When the man saw hundreds of similar complaints online he got upset that the large company was ignoring legions of customers.
WLS
By Michael Finney 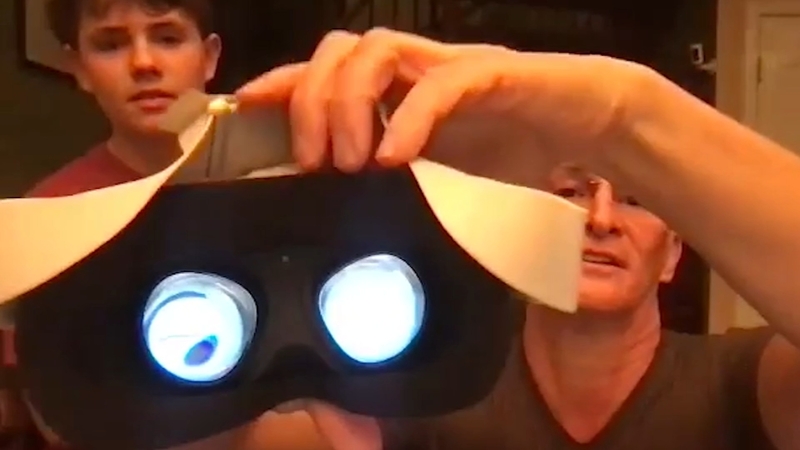 ALAMO, California -- A California father squared off against social media giant Facebook in small claims court Monday -- all over a defective virtual reality headset sold by the company's Oculus brand.

Both sides are now awaiting a judge's ruling in a remarkable battle between a single dad and the high-tech powerhouse.

Our sister station KGO-TV in San Francisco spoke to Mark Redman about his story and why an ordinary citizen took on one of the world's biggest companies.

It began when his son Bobby's Oculus VR headset broke down last summer while still under warranty.

"They told us they were out of stock. After three months went by, I said, 'I want my money back.' They said, 'No, we're not gonna do that; we'll give you some extra credits,'" Redman said.

Then Redman saw hundreds of similar complaints online; he got upset that the large company was ignoring legions of customers.

The BBB gave an F rating to Oculus and its owner Facebook.

"It's not about the money, it's the principle. It's just ridiculous how these large companies treat the consumer," Redman said.

He spent hundreds of dollars trying to find where to serve court papers.

Finally, on Monday, the father and son got their day in court.

Redman showed the judge a 377-page book full of documents, showing all his efforts to get Oculus to honor a warranty.

"The judge was not impressed with what they did to me. Her eyes opened up wide when she saw all my documentation," Redman said. "A large corporation like this, making a parent come to court and have to fight this hard to get a refund, it's egregious and outrageous."
Mark and Bobby Redman emerged from the courtroom with a gift - a new Oculus headset, which Facebook gave them in the courtroom.

"They apologized for all we went through, they were very nice..." Redman said. "They offered it to us as a gift for my son for everything he went through."

Now, Redman and Facebook are awaiting the judge's ruling on possible damages.