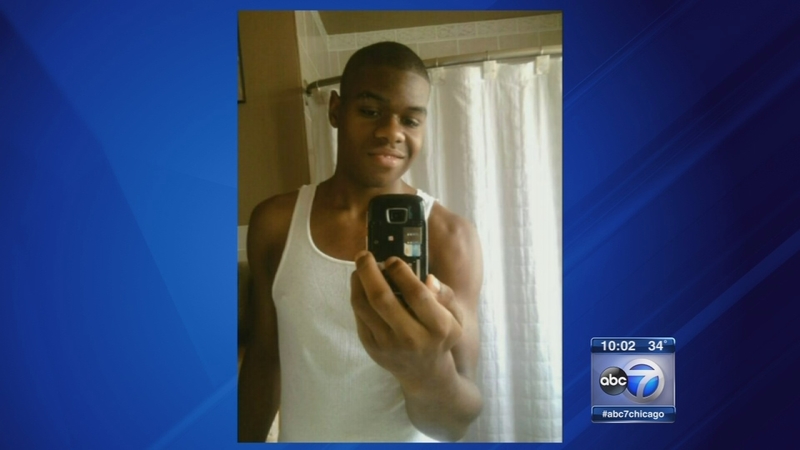 CALUMET CITY, Ill. (WLS) -- One person was killed and seven others were wounded after a shooting broke out during a house party in Calumet City.

Dewayne Purnell, 19, was fatally shot after a fight broke out at the home near 153rd and Escanaba early Sunday morning, police said.

Donald Purnell, the victim's father, said he never lets his son go out, but allowed him to visit a friend Saturday night because he was leaving for the military in nine days.

"He was in the house all the time, they were putting up the Christmas tree (Saturday), he and his sister and my wife," Purnell said. "I let him go out one night and I'm never going to see him again."

Police said the shooting happened just before 2 a.m. Sunday. When they arrived people were still running from the house. Deon Simms lives across the street.

"I just hung out with him a couple days ago, that's one of my really good friends. We went to school and everything together, he comes to my house to play ball and everything," Simms said.

Purnell was nine days away from leaving Calumet City to go join the military. He was the only person killed, but up to eleven others were also shot.

Seven other teenagers were injured in the shooting, two of them critically. The youngest is a 15-year-old girl.

"Next thing you know this girl is ringing our doorbell saying she's been shot or whatever. We let her in. There were people running and screaming," neighbor Deon Simms said.

Investigators estimate that up to 200 teens from all over the Chicago area were in the basement when the shooting happened.

Neighbors said the owner of the home is known for throwing parties in which he charges underage teens to come and then allows them to drink.

"Apparently this is something that has gone under the radar previously, but there was an incident about a year ago at this address," Chief Gilmore said. "We had no idea this was an ongoing situation, no one had reported it to the police department."

"He is renting his out for money to children," said neighbor Tamica Tolliver-Burnett. "They have parties. They're doing, I'm sure other things, from the text message that my daughter showed me, who has never been to these events.

Police say the homeowner was publicizing his parties via social media and the Major Crimes Task Force is now questioning him to determine if charges are warranted. As for the shooter or shooters who took Purnell's life, police are still searching for them.

"Such a tragic loss for that family," Chief Gilmore said. "No matter what time of year, but especially this time of year to lose your son and a young man who is just nine days away from entering the military who was trying to do something with his life.

Investigators are developing several leads in the shooting and hope to be able to make an arrest soon.