'It should never have happened,' 15th Ward alderman candidate says of volunteer's shooting 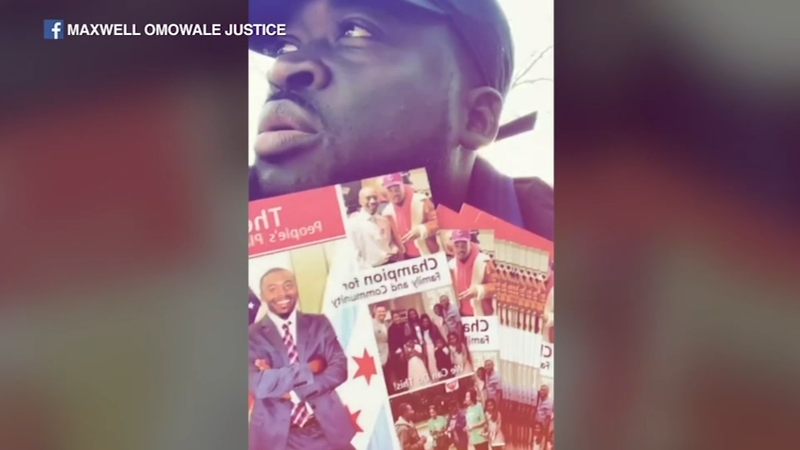 Man shot while campaigning for political candidate in West Englewood

CHICAGO (WLS) -- A campaign worker was recovering Monday after being shot in the leg while campaigning for 15th Ward aldermanic candidate Joseph Williams on Sunday.

Maxwell Little was going door to door to garner support for Williams when the shooting occurred at about 1:45 p.m. in the 6600 block of South Marshfield Avenue in the city's West Englewood neighborhood.

Little was on the sidewalk and streaming on Facebook Live when a man wearing a red mask shot him. The video shuts off just as he was shot in the leg.

A man was shot in the leg while campaigning for Joseph Williams, who is running for alderman in the 15th Ward.

"To our surprise, the last thing we expected was for Mr. Little to get shot while on Facebook Live," said Justina Winfrey, a candidate for alderman in the 28th Ward.

Williams, the 15th Ward candidate, was also going door to door with his children Sunday and witnessed the shooting.

"We did witness a man in a mask come out of the gangway and start shooting while everyone was outside," he said.

Witnesses heard about five shots. The back window of a nearby vehicle was also shattered by the gunfire.

Little was able to drive himself to a nearby hospital.

Williams said he spoke with Little, who has been released from the hospital.

"I am just praying for him and his family and I'm keeping them right here in the heart," he said.

Williams said the shooting is the type of thing he is campaigning to stop.

"It should have never happened. He is an innocent bystander who is coming out to do something good," Williams said.

Little also happens to be one of the campaign workers who sued then-gubernatorial candidate JB Pritzker's campaign, multiple sources have confirmed. The lawsuit alleged racial harassment and discrimination within the Pritzker campaign.

Chantal Grant, a friend of Little's, said she didn't believe the shooting was targeting Williams' campaign or Little, specifically.

"Whoever did this was wrong and we have to get to the bottom of it and solve it and just not talk about it," she said.

Chicago police were canvassing the neighborhood, looking at video footage from doorbell cameras and home security systems to establish a timeline surrounding the incident. Police do not believe at this point that Williams was specifically targeted, instead suggesting this was a case of mistaken identity.

Williams implied differently on Monday, saying he didn't want to point the finger at incumbent Ray Lopez without any supporting factual evidence, but also that he doesn't "put anything past the incumbent."

"This could be part of one of the tactics that's being played," Williams said.

Lopez denounced Williams' accusations and said what likely happened was that gang members in the neighborhood shot at the canvassers because they were unfamiliar.

"The opponent in question is using this as an opportunity for cheap political points," he said. "For any individual who is new to the neighborhood to insinuate that there's politics behind this kind of incident is disgusting, it is outrageous and it takes away from the real violence in our communities."