'Cancel culture' and 'QAnon': From the 2020 election, some new political terms

AP
WASHINGTON -- "So 2020" is a new phrase that made its way into America's political lexicon this year.

It has come to describe all things unexpected, unsettling and unprecedented.

This includes the vitriolic political discourse that has deepened the partisan divide, the coronavirus pandemic, economic woes, social upheaval after police killings of Black people, massive protests, smashed up storefronts.

Here are two political terms - "cancel culture" and "QAnon" - that are "so 2020 themselves. What do they mean?

It's the idea of canceling, or basically running a person, idea or belief out of public discourse by people who hold opposing views. It's a kind of shaming in the public square - or on social media - that has made some afraid to speak up.

At the GOP convention, Republicans accused the "radical left" of trying to undermine free speech by targeting and bullying anyone who doesn't share their ideals.

Some on the left maintain that cancel culture doesn't exist at all - or that it's happening on the right as well. They point to Colin Kaepernick, the NFL quarterback who took a knee during the national anthem in 2016 to take a stand against police brutality and racial injustice. Politicians, including President Donald Trump, team owners, fellow players and Americans at large condemned him. Fans burned his jersey, and he eventually lost his job.

Some believe that the practice of what amounts to shouting down in public certain people or beliefs has restricted free speech in America. Others say the discourse, especially on social media, has expanded free expression - and that it's not about free speech but about the right to take issue with offensive or outdated ideas.

It's a right-wing, pro-Trump conspiracy theory born in a dark corner of the internet that has crept into mainstream politics. The theory, promoted by extremists, is based on cryptic postings by the anonymous "Q," who purported to be a government insider with access to classified information. The first Q posting appeared in October 2017.

A conspiracy theory centered around a diabolical plot to ruin the world is making its rounds on social media -- and one congressional candidate is voicing her support for the baseless theory.

QAnon followers contend that a group of Satan-worshiping pedophiles - that includes Hollywood actors and Democratic politicians - is running a global child sex-trafficking ring and plotting against Trump. They also believe thousands of "deep state" operatives and top Democrats will eventually be rounded up and sent to Guantanamo Bay during a reckoning dubbed "The Storm."

In May 2019, an FBI bulletin mentioning QAnon warned that conspiracy theory-driven extremists had become a domestic terrorism threat and were likely to commit violent crimes inspired by their fringe beliefs. Yet, Trump praised QAnon supporters during a White House press briefing in August.

"I heard that these are people that love our country," he said in his first public comments on the subject. Trump insisted that he hadn't heard much about the movement, "other than I understand they like me very much" and "it is gaining in popularity."

A few proponents of the QAnon conspiracy theory won Republican primaries and are running for seats in state legislatures this year, breathing oxygen into the conspiracy movement.

Some of the legislative candidates have repeatedly shared QAnon memes and interacted extensively with social media accounts promoting the conspiracy. They make up a tiny share of the thousands of state legislative candidates on the ballot in November and many are longshots. But several, including in Arizona, Minnesota and Wisconsin, are running in competitive districts.
Report a correction or typo
Related topics:
politicsvote 2020joe bidenu.s. & world2020 presidential electionpresident donald trump
Copyright © 2020 by The Associated Press. All Rights Reserved.
More Videos
From CNN Newsource affiliates
TOP STORIES 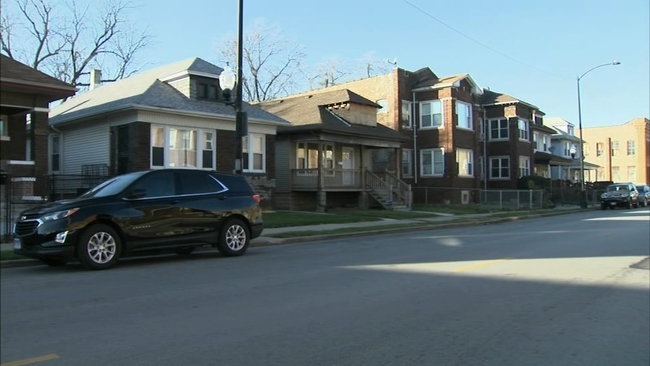