Chicago White Sox fan Ron Holt explains how he came to be known as the 'Cane Guy' with many fans crediting him with helping the team defeat the Houston Astros.

CHICAGO (WLS) -- One White Sox super fan credited for maybe working his magic to help keep the team alive in the ALDS against the Houston Astros.

Ron Holt of Northbrook was at the game Sunday when things were going sideways and on impulse he pointed his cane at the batter and started giving him instructions. He's now being called a wizard and is invited to Tuesday's game.

"So then somebody says, 'That's a magic cane' and my son says, 'No it's not. He's a wizard. He's Gandalf' and it tore around everybody across the aisle, in back of me, in front of me. This became the show. And so when the guys come up, I pointed to them and said 'You have the power. You have the power,'" Holt said.

When the Astros players came up, Holt said he flipped the cane around and "started twirling it and this is giving bad karma to the batter. It was so totally ridiculous and funny for the whole evening."

For Tuesday's game, Holt says the cane is, "fully juiced. I have plugged it into a cosmic battery and it's ready to go." 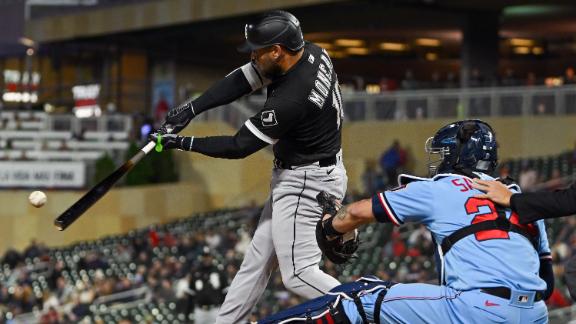