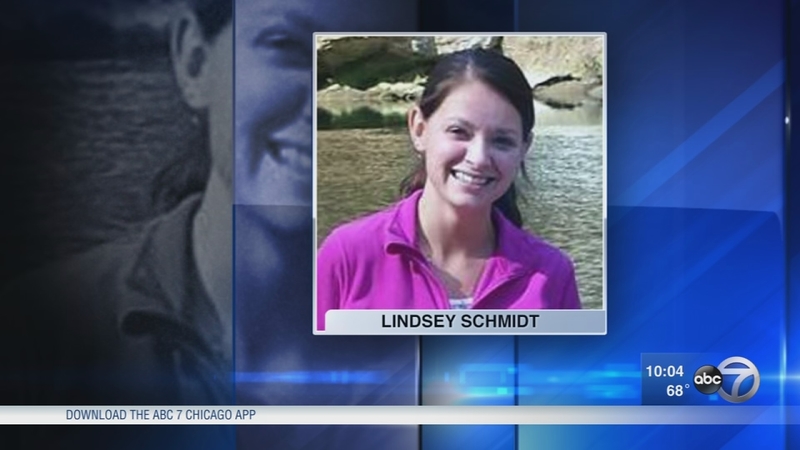 The victims were identified as Lindsey Schmidt and her 1-year-old son, Kaleb Schmidt. Lindsey Schmidt was pregnant at the time of her death, the sheriff's office confirmed Tuesday.

Lindsey Schmidt's two other sons, age 4 and 7, were also in the vehicle and in critical condition Monday afternoon at University of Chicago Comer Children's Hospital. Their father was at the hospital with them.

The family was only one block from their Beecher home. Police initially said the deceased boy was 3, but he was around 21-months old, the coroner. The victims were pronounced dead at the scene.

The coroner said Kaleb would have turned 2 in October.

"It was just shocking and devastating. Just the nicest family," said Mark Blauert, minister of Trinity Lutheran Church in Crete where the family are parishioners.

At about 8:30 a.m., the woman was driving a 2014 Subaru Outback when it was struck by a pickup truck at Yates Avenue and Corning Road in unincorporated Beecher, according to the Will County Sheriff's Office.

The 2002 Chevy S10 pickup was traveling eastbound on Corning Road and failed to stop at the stop sign. The Subaru was traveling northbound on Yates Avenue and did not have a stop sign.

"The speed, which we don't really have all that indication right now. From what he says, he had his cruise control set at 55 miles per hour," said Sgt. Kyle Lakomiak, Will County Sheriff's Department.

The male pickup driver entered the intersection and struck the Subaru on the driver's side, causing her vehicle to go off the roadway into a field. The 25-year-old driver, who told authorities that he was headed to work, sustained minor injuries.

The Manteno man told authorities that he was unfamiliar with the area and that he was not speeding. He has been cooperative with law enforcement, officials said.

"Out of my 15 years of being here this is probably one of the worst crashes I've ever seen," Lakomiak said.

Lindsey and her sons were headed to Trinity Lutheran Church for vacation bible school at the time of the crash.

Lindsey's green Subaru was barely recognizable after. Neighbors said speeding is a problem at the intersection.

"These people fly on these roads," said Sandra Terry. "I've seen them drive 70-mile an hour down here."

Terry said police should better monitor the area. It's also not the first time a crash has happened there.

The family had dealt with tragedy before; Lindsey's brother was also killed in a car crash in Beecher 12 years ago.