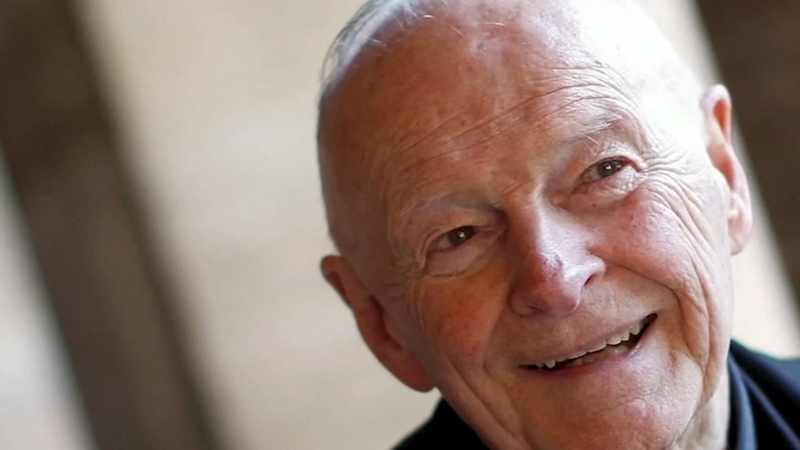 McCarrick was defrocked last year after a Vatican investigation confirmed he abused adults and children.

Tuesday's report finds responsibility for mishandling the case goes all the way to the top -- including the late Pope John Paul II, who is now a Catholic saint.

"It is unprecedented in the years that I've been a bishop and a priest, I've never seen anything like this in the life of the church in terms of transparency," said Cardinal Blase Cupich, Archbishop of Chicago. In an interview with ABC7's Alan Krashesky, Cardinal Cupich praised the Vatican investigation into McCarrick.

The nearly 500-page report painstakingly outlines decades of sexual misconduct allegations against the one-time rising star in the American Catholic church -- emphasizing the multiple times church leaders were made aware of concerns about McCarrick.

According to the report, Pope John Paul II was warned not to appoint McCarrick to be Archbishop of Washington, D.C. because of allegations of impropriety and initially decided against the promotion. But, McCarrick wrote his own letter of denial to the Pope's personal secretary Cardinal Stanisaw Dziwisz claiming he'd never "had sexual relations with any person" -- and the Pope changed his mind.

"I think that the Pope believed him and felt that a man of his experience and that he knew would not testify falsely in a letter to the Pope," Cardinal Cupich said.

Cardinal Cupich says new transparency and investigation protocols created after last year's Vatican sexual abuse summit, which he co-led, ensure that now all allegations of abuse will be fully investigated.

"I would say they should look at what we've done, what we have done and how we've grown. We surely turn over all allegations over to law enforcement, we remove the person who's been accused until we do an investigation. We reach out to victims, for healing. We also make sure that we're very transparent about all of this with the, with the public," Cardinal Cupich said.

A footnote in the Vatican report says there is no evidence that McCarrick had a role in supporting Cardinal Cupich in becoming Archbishop of Chicago, despite previous unsubstantiated claims of a McCarrick recommendation by ex-U.S. Papal Nuncio Carlo Maria Vigano.

The report also reveals McCarrick himself was considered as a candidate to lead Chicago Roman Catholics after the death of Cardinal Joseph Bernardin in 1996 but rumors back then of McCarrick's inappropriate behavior brought that to a halt. Francis Cardinal George was picked instead.