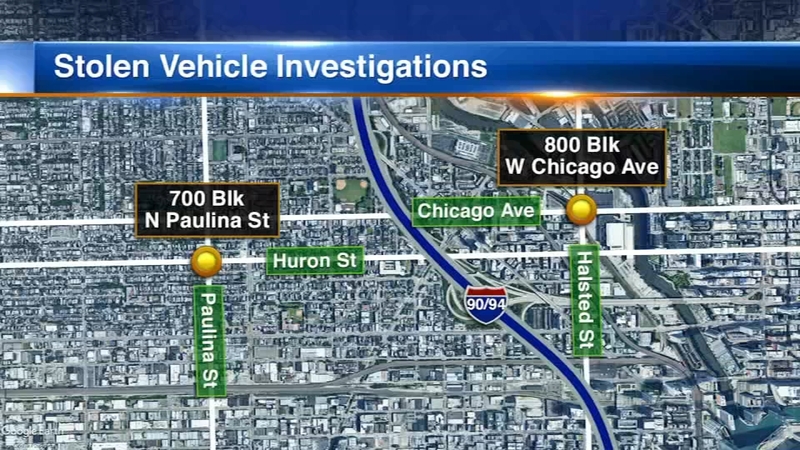 CHICAGO (WLS) -- A mother and her teenage son were both injured in a carjacking in Chicago's West Town neighborhood Monday evening shortly after a man was injured in a car theft nearby, police said.

A 49-year-old woman and her 15-year-old son were in a gray Honda Pilot in the 800-block of West Chicago Avenue at about 6:44 p.m. when police said a male and female suspect approached.

The woman was pulled from the vehicle while the other suspect hit her son in the face, police said.

The suspects then entered the vehicle and fled the scene.

The boy sustained an injury to his face and his mother injured her ankle. Both were transported to St. Mary's Hospital in good condition, police said.

The victim's SUV was recovered a short time later and one person was taken into custody, police said.

The incident came after a 57-year-old man was pistol whipped nearby in the700-block of North Paulina Street.

The victim had just gotten out of his white Audi Q3 around 6:05 p.m. when police said two male suspects approached him from behind.

One of the suspects pushed the victim to the ground and after getting back up, police said he was then struck in the face with a gun. The victim declined medical attention.

The suspects then demanded the keys to the victim's vehicle and he complied, police said.