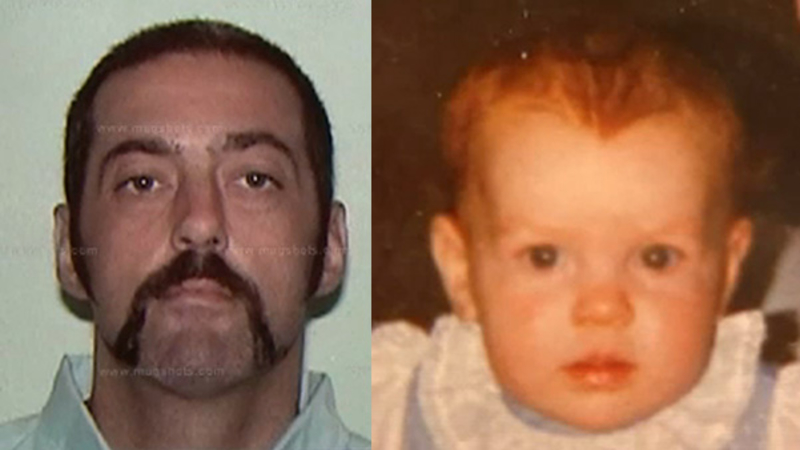 CHICAGO (WLS) -- A heartbroken mother is questioning why the man who killed her 20-month-old daughter is about to become a free man.

Margaret 'Gretta' Morgan said her 20-month-old daughter Quortney Kley was just learning to speak and develop her personality when she was murdered and sexually assaulted by her then live-in boyfriend on February 25, 1997.

Twenty-four years to the day, Cayce Williams is scheduled to be released from the state prison in Dixon for the crime after serving half of his 48-year sentence.

"The thought of him being out and being able to potentially do something like this again is, you know, very scary," Morgan said.

Morgan was at work when her daughter was killed. The coroner determined she died from multiple injuries to the head and torso as well as internal bleeding, and that she had been sexually assaulted.

The original charges against Williams made him eligible for the death penalty, but nine years after being charged he pleaded guilty and was sentenced to 48 years. Under laws at the time, he is eligible for release after serving 50% of his sentence, 24 years.

"If I had anything, any power to keep him in custody, I would do that," Kane County State's Attorney Jamie Mosser said.

Cayce Williams is due to walk out of the state prison in Dixon on Thursday.

Quortney's father Jesse, who lives out of state, said he plans to be there. He circulated a petition to try to keep Williams from being released, writing "we were given no opportunity to oppose what this monster did to an innocent, defenseless child."

"It's a hard thing when you get a form letter in the mail that this monster's getting out of jail," Morgan said.

Quortney's father wrote on social media that he believes Cayce Williams is going to live in McHenry County after he is released from prison. Both parents said they realize they may be powerless to keep him in prison, but they hope to spread the word of his crimes to make his life outside of prison "hell on earth."
Report a correction or typo
Related topics:
elginmchenry countydixonmurdersentencingtoddlerchild killedsex crimesexual assaultchild sex assaultsex crimesprison
Copyright © 2022 WLS-TV. All Rights Reserved.
TOP STORIES
2nd man killed in Near North Side McDonald's mass shooting ID'd
White Sox star says Yankees slugger made racist remark, benches clear
Police investigating potential abduction on Far South Side
Residents mourn loss of resort as firefighters continue battling blaze
Wisconsin couple kills bear that attacked them in their home
Man shot, killed 'without provocation' on NYC subway: police
Beloved Old St. Pat's pastor, Fr. Hurley, returns to say farewell
Show More
Noah Thompson crowned as the next 'American Idol' in season finale
ABC7 presents 'Our Chicago: Asian Voices'
A new billionaire has been minted nearly every day during the pandemic
Texas woman sought in fatal shooting of pro cyclist: US Marshals
Man caught on camera pushing 26-weeks-pregnant woman to ground
More TOP STORIES News