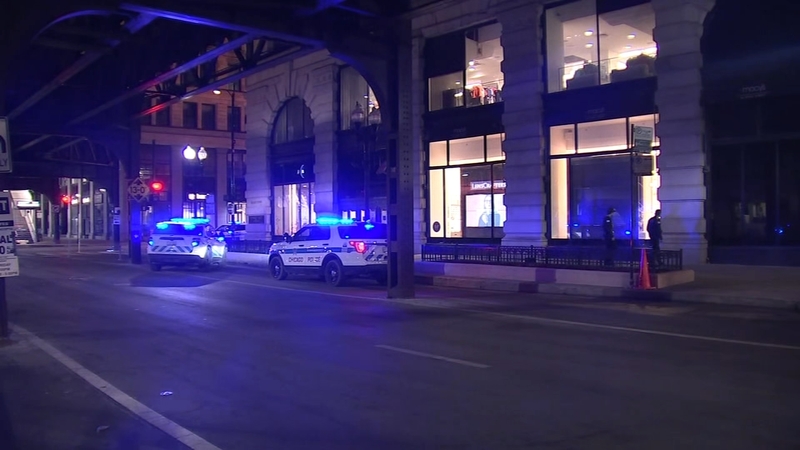 Two unknown suspects broke one of the store's windows about 4:25 a.m. in the 100-block of North Wabash Avenue, entered the building and took merchandise, according to CPD.

The two then fled in an unknown direction.

Chicago police did not immediately provide information about what was stolen or the identities or descriptions of those involved.

No one was in custody later Monday morning. Area Three detectives are investigating.

Thieves also broke a window and stole merchandise from the store in January, Chicago police said at the time.