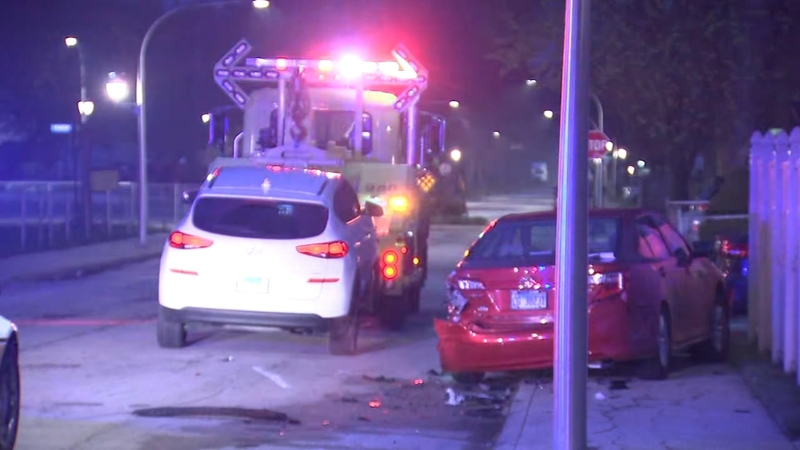 CHICAGO (WLS) -- A 15-year-old boy has been charged in connection with a carjacking that sparked a high-speed chase on Chicago's South Side Wednesday, police said.

The teen faces a felony charge of aggravated vehicular hijacking with a firearm and aggravated assault or use of a deadly weapon.

The boy was arrested after a high-speed chase on the Dan Ryan Expressway and Interstate 57 early Wednesday morning. It appeared to start with a carjacking on Chicago's South Side, police said.

A 46-year-old woman was pumping gas about 12:25 a.m. in the 4400-block of South Ashland in Chicago's New City neighborhood when another vehicle with two male suspects inside pulled up next to her, Chicago police said.

The driver of the other vehicle, who police said Wednesday was a 16-year-old boy, got out, pointed a gun at the woman and told her to lie down on the ground, according to CPD.

Illinois State Police said they were told of a South Side carjacking, and police saw a car matching the description of the one involved about 4:50 a.m. on the Dan Ryan, near 71st Street.

It was traveling at a high rate of speed, police said.

The driver continued south onto I-57 before exiting the expressway and crashing at 122nd and Elizabeth streets in West Pullman, according to police.

Two people in the car ran away, and one was arrested.

The boy was arrested at 5:03 a.m. in the 12200-block of South Racine Avenue, police said. He was reportedly in the vehicle stolen from the woman in New City at the time of the arrest.