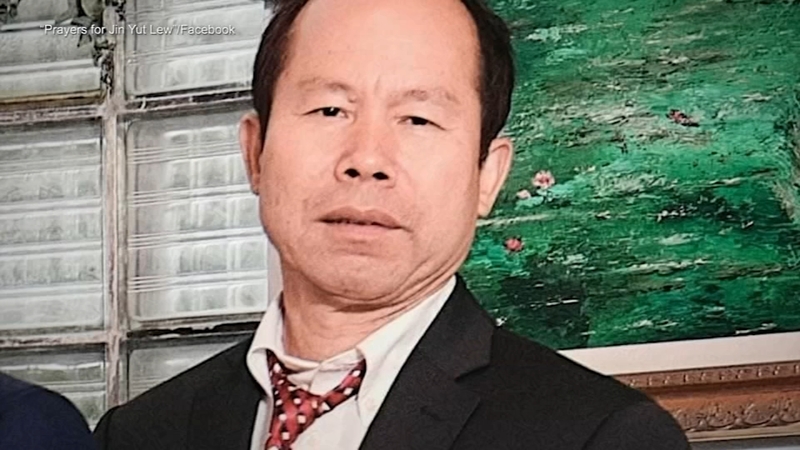 CHICAGO (WLS) -- A 61-year-old father is still in a coma after being beaten, robbed and left unconscious on a street in Chinatown last week, his family said.

Jin Lew was found last Thursday near 25th Place and Princeton. Now, he is in a hospital after being so badly beaten his face is nearly unrecognizable.

"He already had multiple brain surgeries. They had to do a craniotomy to decompress the brain because of brain bleeding," said Dr. Kim Yee, the spokesperson for the family.

The family said they were unable to track down their father after he was last seen leaving his son's South Loop building last Wednesday night.

His two grown sons filed a missing person's report Friday morning and posted their plea with his picture all over social media.

Something in the picture looked familiar.

"One of the viewers who work at the hospital ICU kind of recognized and connected to the family," Tee said.

Lew had been laying there, unidentified for more than a day at that point.

Last Thursday morning, his family said a street sweeper found the 61-year-old beaten and unconscious on a Chinatown block.

A man who lives right there, an old friend of Lew, had no idea what happened to his friend right outside his front door. He said the two, both retired chefs, used to share tea most mornings in Chinatown.