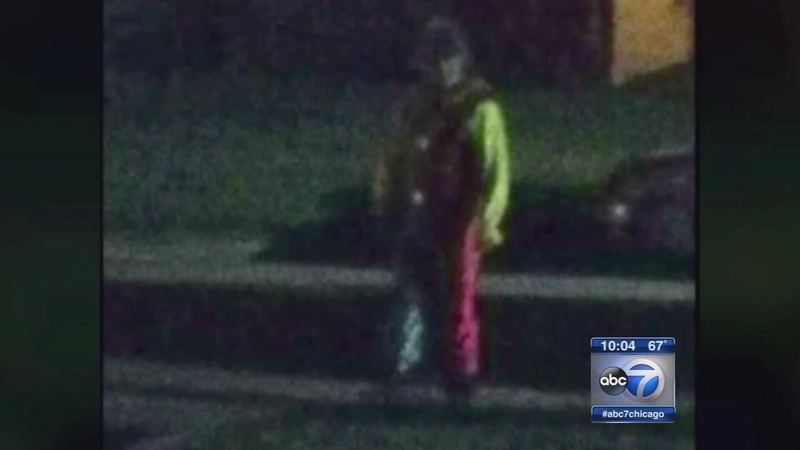 CHICAGO (WLS) -- Chicago police are investigating an incident involving a clown chasing a group of students and parents near a South Side school as reports of clowns approaching children and making online threats spread to Chicago.

A group of parents told police that as they were walking their children to school in the 6000-block of South Damen around 8:45 a.m. Tuesday, a man dressed as a clown ran towards them. The group ran into a nearby school to get away from him, police said.

Parents said they were asked by school officials to pick their students up from school in person at the end of the day in light of the morning's incident.

"They wouldn't even let the kids out the house because of this clown," one parent said.

No one in the group was injured in the incident.

"He had red hair. He had a white face. He was chasing a kid down the park," said Elijah Robinson, Jr., who witnessed the incident.

"We have to step up our police force or step up the safe passageways or whatever we have to do," said Elijah Robinson, Sr.

Police in north suburban Waukegan are investigating a report from staff at the Greenwood School in the 1900-block of North Avenue that three clowns taunted students during recess. Children told the staff members that three people dressed as clowns stood at the edge of the school property to taunt them, and that one clown had a knife, one had a briefcase and one had a gun "in his pocket."

"The children reported to us that one of them might have a knife. And they believe that they saw some sort of object in one of their pockets. It could be a handgun," said Cmdr. Joe Florip, Waukegan Police Department.

The school was briefly placed on lockdown as officers checked the immediate area.

Police said the children told staff members the trio threatened to return Friday to "kill them" and possibly left in a black SUV. Waukegan police are providing extra officers to patrol the area around the school for the time being.

"Just to terrorize, I guess. There's no other word for it. Terrorize the public. The parents especially," said Enrique Urbina, Wauekgan resident.

There have also been a swirl of social media threats involving clown characters threatening to do harm on school and college campuses from people claiming to be crazy clowns.

A student dressed as a clown for a performance art piece was briefly detained by University of Illinois - Chicago police Tuesday afternoon.

A student dressed as a clown for a performance art piece was briefly detained by UIC police Tuesday afternoon, school officials said. He was not arrested or charged.

There have been even been clown threats against schools in northwest Indiana.

The hoaxes remain a concern because it's hard to tell if someone is perpetrating a prank or if there is a real threat.

"I think it started from social media, and like you said it is going on all across the country. All I can say is, this is irresponsible behavior and they need to knock it off," said CPD Supt. Eddie Johnson.

Police said the sightings remain under investigation but they're asking parents and children to be aware of their surroundings.

In October 2008, Chicago police issued a community alert about an attempted kidnapping involving a man dressed as a clown.