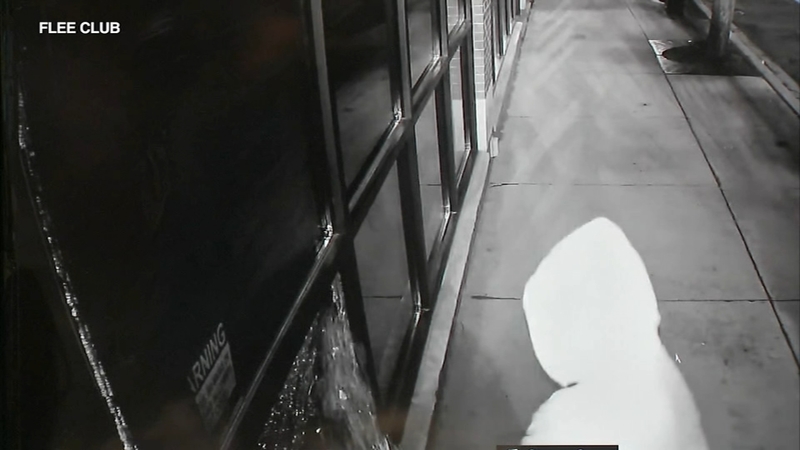 CHICAGO (WLS) -- The Chicago Police Department issued a warning after thieves hit at least six businesses in the past two days.

They hit locations around the city.

Police said in each case, the burglars forced their way into the business through a front window. Once inside, they pried open ATMs and Bitcoin machines. Three to five men driving in a white Jeep Cherokee arrived early in the morning in each of the seven burglaries, which took place over three days total, police said.

One of the businesses was Flee Club on the city's West Side. Owners said burglars hit their business twice in the past two weeks.

The burglaries took place at the following times and locations: