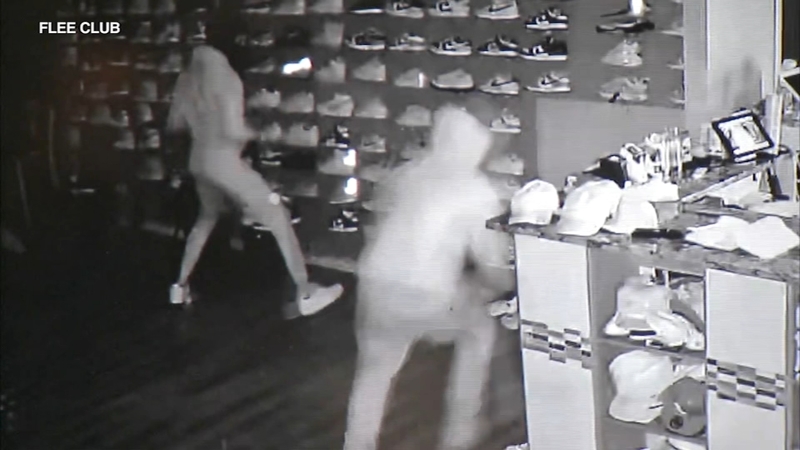 CHICAGO (WLS) -- A shoe store on Chicago's Near West Side was burglarized Friday for the second time in two weeks.

Surveillance video shows one of the suspects armed with a crowbar break the glass. Then the group begins to kick the metal security doors to try and get inside.

Once inside the store, the video shows the suspects gram armfuls of merchandise, high-end clothes, shoes and more.

Flee Club sells high-end hard-to-find clothes, shoes, and purses. They said they were dropped from their last insurance company because of so many break-ins and just joined another one Thursday.