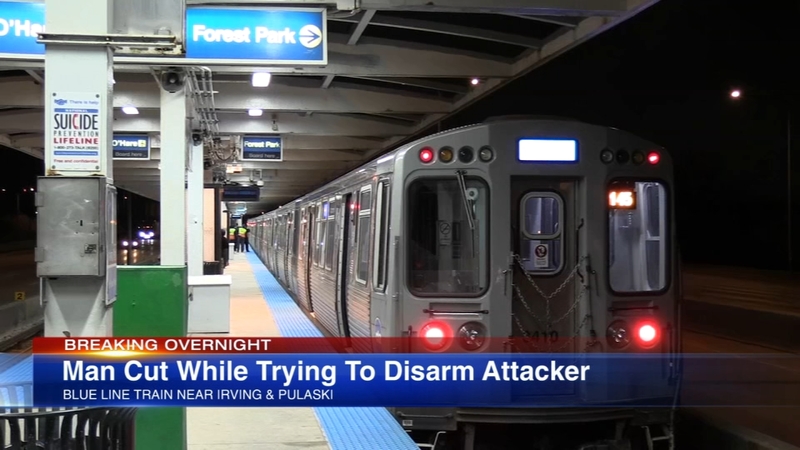 CHICAGO (WLS) -- A 50-year-old man was injured in a stabbing on a CTA Blue Line train on the Northwest Side Monday morning, Chicago police said.

The victim was on a train in the 4100-block of West Irving Park Road at about 2:30 a.m. when police said he became involved in a verbal altercation with a 30-year-old man.

The younger man took out a sharp object and tried to stab the victim, who reached for the object to try to disarm and became injured on his hand, police said.

The injured man was transported to Swedish Hospital in good condition. The suspect was arrested without incident and charges are pending, police said.