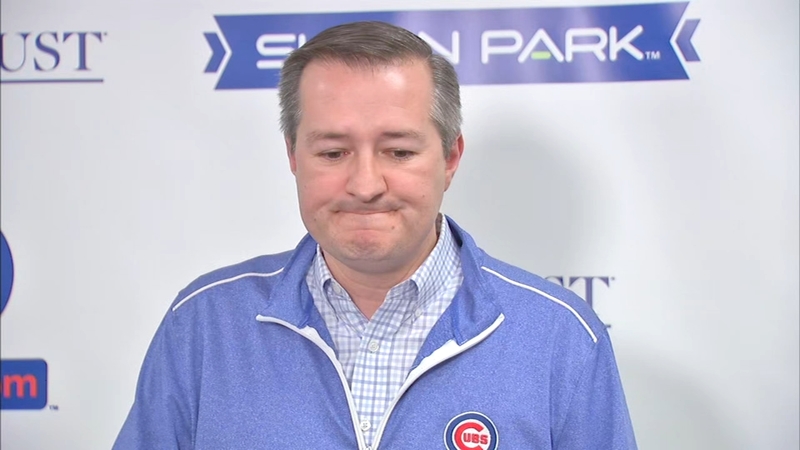 Joe Rickets, the billionaire businessman and patriarch of the family that owns the Chicago Cubs, is under fire for controversial emails that leaked this week.

Joe Ricketts is not involved in the operation of the Cubs, but racist and anti-Muslim emails of his that were published threatened to overshadow the excitement over the team preparing for a new season. The Cubs and Muslim organizations announced they have partnered up to turn the situation around.

Cubs Chairman Tom Ricketts apologized to the team's players and coaching staff at spring training for any distraction caused by offensive emails written by his father.

"Our family was never raised that way. I've never heard my father say anything that was remotely racist," Ricketts said.

A web site published a series of emails with Islamophobic content and racist jokes from Joe Ricketts, the patriarch of the Cubs ownership family. Tom Ricketts reiterated that the subject matter of his father's email exchanges does not represent the Cubs organization, and that he was surprised when he first read the emails.

"It's easy to take some emails and try to paint a picture, but we know who my father is and it's not the person that some of the articles make him to be," Ricketts said.

Members of the Muslim community met with Tom Ricketts, chairman of the Chicago Cubs, after Islamophobic comments in emails by Joe Ricketts were leaked.

The Cubs and the Chicago office of the Council on American-Islamic Relations announced that Tom Ricketts had met with leaders of several Muslim groups. Executive Director Ahmed Rehab said he found Ricketts to be genuine in partnering to combat Islamophobia and bigotry.

"We talked about this isn't about just a PR savvy move to do damage control, and I think Tom was genuine in sharing our sentiment," Rehab said.

Also in the meeting was Asha Binbek, a lifelong Cubs fan who started going to games as a kid.

"Being a Cubs fan is part of who I am," she said. But she says the emails were hurtful and disturbing, and is looking forward to working with the Cubs to help combat Islamophonia and to encourage diversity and inclusion.

"We want to make sure that we're not necessarily looking at what happened in the past, but we're trying to make steps to move forward," Binbek said.

The Cubs were asked to support three community initiatives, including anti-bullying efforts, diversity and inclusion training and scholarships.