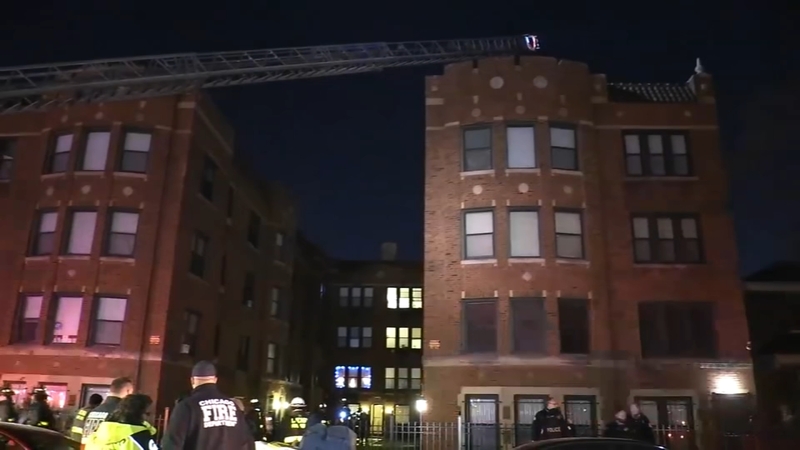 CHICAGO (WLS) -- A woman was found dead after an apartment building fire in Chicago's Brainerd neighborhood that injured her mother and father Tuesday night, authorities said.

Emergency crews responded to the fire inside the building in the 8900-block of South Justine Avenue at about 10:20 p.m., police said. When fire companies arrived, flames were shooting out of a 3rd story unit.

A 57-year-old man told firefighters his daughter, 27-year-old Zakharriah Ford, was trapped inside. She was found dead and removed from the living room.

Her 57-year-old mother suffered smoke inhalation and was rescued and taken to the University of Chicago Medical Center in critical condition. Her father was also taken to the hospital in good condition.

"I'm really sad to hear that someone died in the building," said resident Lakeisha Davis. "I know it's a good unit. I've never heard of any problems within this building and my condolences goes out to the young lady and her family."
Andre Watts lives on the first floor and was listening to music when the fire broke out.

"I just heard a lot of screaming and when i went to the window that's when the fire department was coming," said resident Andrew Watts. "A person was hollering get out! Get out!"

Fire officials said the fire was caused by an open flame in the living room. It's unclear if it was due to a cigarette or a candle. Fire officials are leaning towards this being an accident but it's still under investigation along with the circumstances surrounding the woman's death