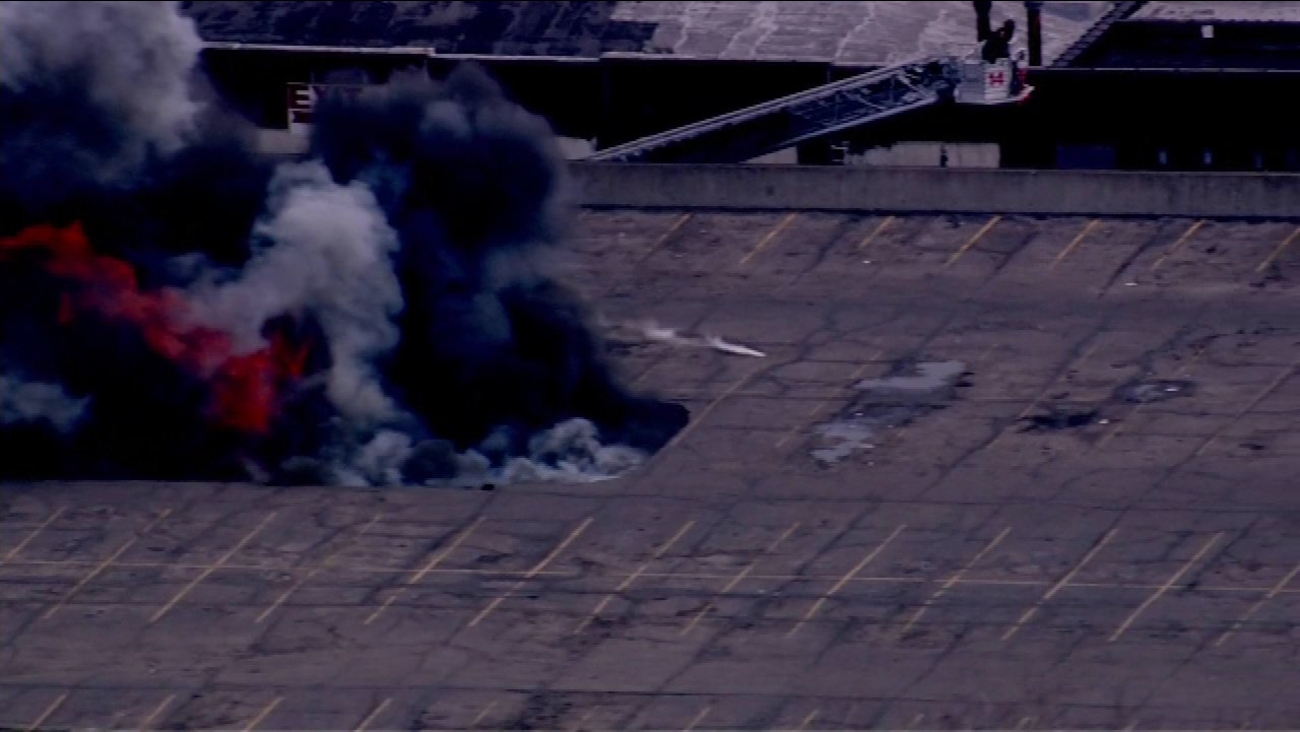 The Federal Bureau of Alcohol, Tobacco and Firearms, National Response Team will work with the CFD Office of Fire Investigation and the CPD Bomb and Arson Unit to determine the cause and origin of the fire. A preliminary finding has not been made and the investigation will require significant amounts of debris, lost merchandise, and more than 100 vehicles, fire officials said.

"The federal assistance has been requested due to the size of the building and the amount of work needed to determine the cause and origin of the fire," fire officials said in a statement.

As black-brown smoke poured out of the Humboldt Park neighborhood flea market-one of the city's largest fires in months-tears streamed down Araceli Velasquez's cheeks.

Despondent faces were everywhere, as Velasquez and others who made a meager living selling everything from rosary beads to parakeets inside the flea market realized they'd probably lost everything in the massive fire that, at its height, brought 170 firefighters to the scene.

There were no reports of injuries in the blaze, although firefighters rescued a woman from a washroom in the building, Chicago Fire Department spokesman Larry Langford said. The fire started about 9:45 a.m. in the south corner of the building at 4545 W. Division.

The fire was struck out about 5:25 p.m. and Fire Media said the building, "has suffered partial collapse" and "appears headed to a total loss."

This is the first time the ATF National Response Team has responded to a Chicago fire investigation, though the ATF frequently helps fire officials in investigating blazes in commercial structures and places of worship. The team will provide "a full complement of specially-certified agents," a mobile laboratory for forensic analysis and canine teams.

"We greatly appreciate the assistance of the National Response Team to aid our Office of Fire Investigation with resources far beyond what any municipality would normally have," Fire Commissioner Jose Santiago said in the statement. "This will ensure the most thorough and comprehensive examination of the fire to determine its cause and origin."