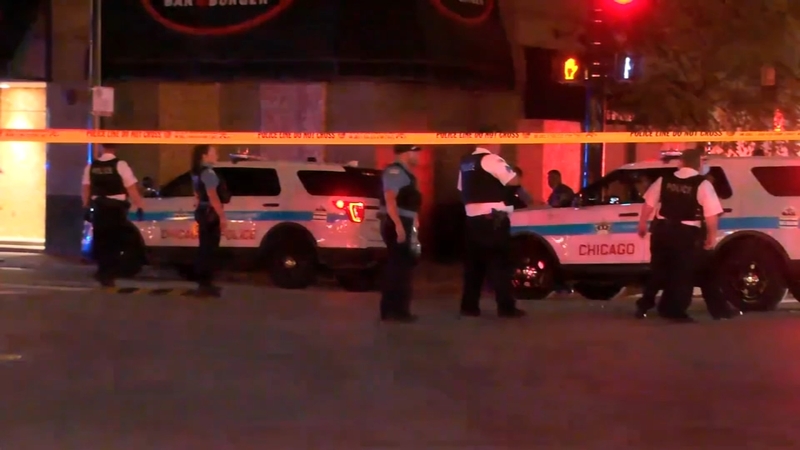 CHICAGO (WLS) -- A 55-year-old woman was killed and her daughter was injured Monday when they were struck by a hit-and-run driver in River North, Chicago police said.

According to police, the woman and her daughter were waiting to cross the street in the first block of East Hubbard Street around 10:30 p.m. when a silver Ford Explorer SUV struck the mother, dragging her halfway down the block. Her daughter was hit as well.

She was pronounced dead on the scene, police said. The Cook County medical examiner's office hasn't released any further information at this time.

The woman's 20-year-old daughter was transported to Northwestern Hospital in good condition.

Smith told ABC7 he saw the SUV hit the women, take off, then return, striking the mother a second time as he helped rush the daughter to safety. Police have not confirmed if the suspect hit anyone multiple times.

"My husband and I saw it out our window, we live above and we see everything happening, we can hear it all," said Alice Hampton. "It is now to the point of being incredibly upsetting, it is just traumatic."

Officers attempted to stop the vehicle but the driver sped off from the scene, police said.