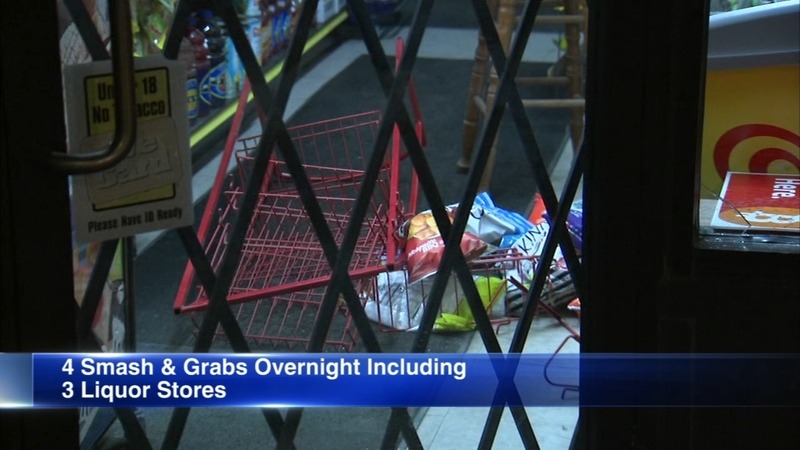 The first burglary occurred at a liquor store in the 1900-block of West Fullerton Avenue at about 3:20 a.m., police said.

A witness told police he saw several people take a cash register and liquor bottles before fleeing the scene.

About 20 minutes later, police responded to a burglary report at a liquor store in the 4900-block of North Damen Avenue.

Police found the glass door of the store shattered and found that multiple bottles of liquor were taken.

A witness told police they saw a male suspect flee in a red SUV.

The third burglary occurred at a North Face store in the 1600-block of North Damen Avenue at about 3:56 a.m.

Police responded to a burglary alarm of the store and found the store had been broken into.

A fourth burglary was reported at about 4:40 a.m. in the 1100-block of West Taylor Street. Police said a male and female suspect broke the front glass of a business and stole money and liquor bottles before fleeing in a red SUV.