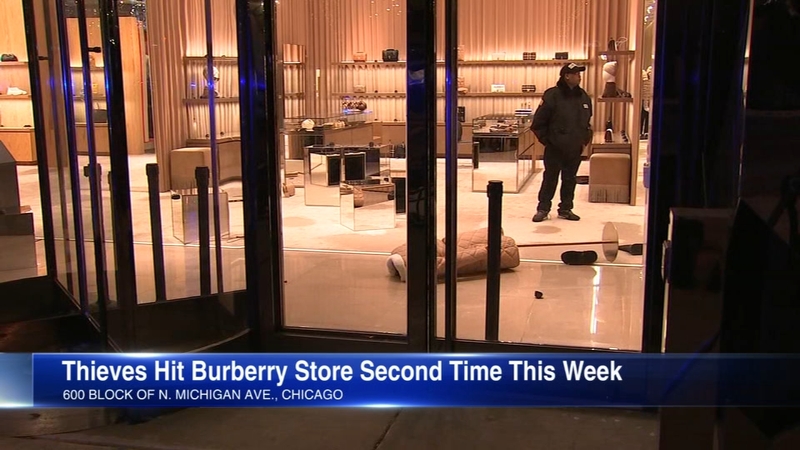 A group of about six burglars, two armed with guns, pried open the doors to the store in the 600-block of North Michigan Avenue at about 4:47 a.m., police said.

They then entered the store and grabbed merchandise before fleeing in a pickup truck, police said.

No injuries were reported and no one is in custody.

The incident marks the second time this week that the Burberry store was burglarized.

Early Tuesday morning, police said five burglars broke in and stole merchandise from the store before driving off in a white SUV.

In November, four men stole handbags from the same store hurting two people as they got away.