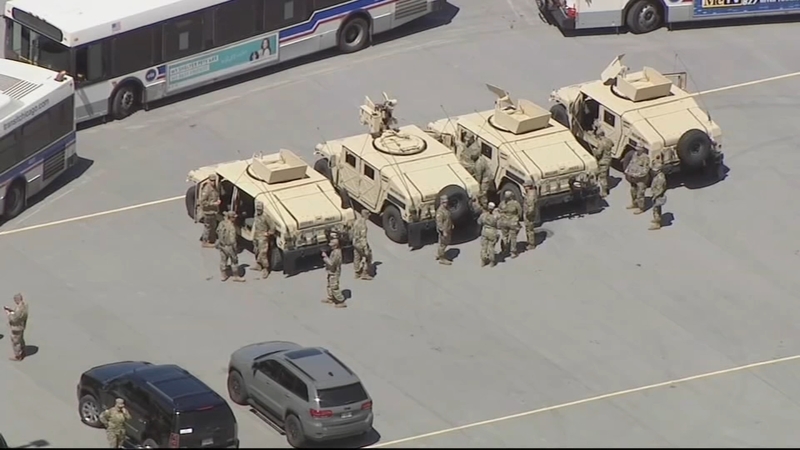 CHICAGO (WLS) -- The Chicago City Council does not have a regular August meeting, so four aldermen have called a special meeting to discuss safety in the city.

Two rounds of looting, civil unrest and one of the most violent summers in years prompted the call for the meeting.

"We need to have a public discussion on the record as to what we are doing as a city council to protect the city of Chicago," said 15th Ward Alderman Ray Lopez.

One of the discussion points is whether the Illinois National Guard should be called in for the next few months.

"That is something that should be discussed," said 5th Ward Alderman Leslie Hairston. "Whether you agree with it or not, these are topics we need to be discussing as a city."

Hairston said she personally is against bringing in the National Guard, but she also said a special meeting is needed to bring transparency to the process of finding solutions.

Mayor Lori Lightfoot, Cook County State's Attorney Kim Foxx and Chief Judge Timothy Evans are invited to the meetings. Lightfoot said Wednesday a special meeting is not the way to get things done.

Ald. Lopez, who criticizes the mayor often, said this is not about grandstanding and instead is about making sure the mayor is aware of how unsafe many Chicago residents feel in the city right now.

"The perception of Chicago is we are spiraling out of control, and I don't think she has an understanding of that fact," he said. "I think too often she is trying to lead from a silo."