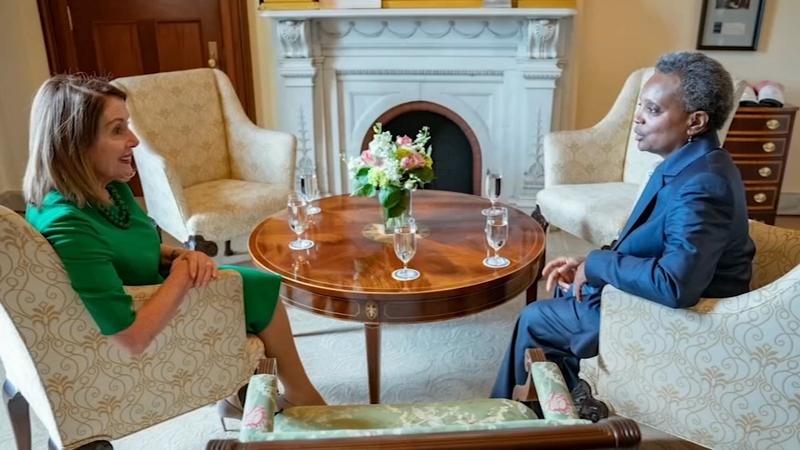 WASHINGTON D.C. (WLS) -- Lori Lightfoot's first stop at the White House may have seemed a strange one given that President Trump has repeatedly bashed Chicago but Lightfoot was not there to meet with the President, but instead his daughter Ivanka Trump.

Lightfoot tweeting they had a wonderful meeting talking about wide variety of topics.

"She reached out to me after the election. It was clear they had followed the election quite closely," Lightfoot said.

Lightfoot also met with House Speaker Nancy Pelosi and the other two top democrats in the House where the conversations focused on how Washington could help Chicago, particularly with transportation funding.

"Of course I asked all of them about the possibility for an infrastructure bill, discussions are ongoing. But I expressed the great need we have in Chicago, particularly around mass transit and making sure that we are getting funds that we need to rebuild our roads and bridges as well," Lightfoot said.

Lightfoot said she has been getting a lot of positive feedback about her election as Chicago's next mayor.