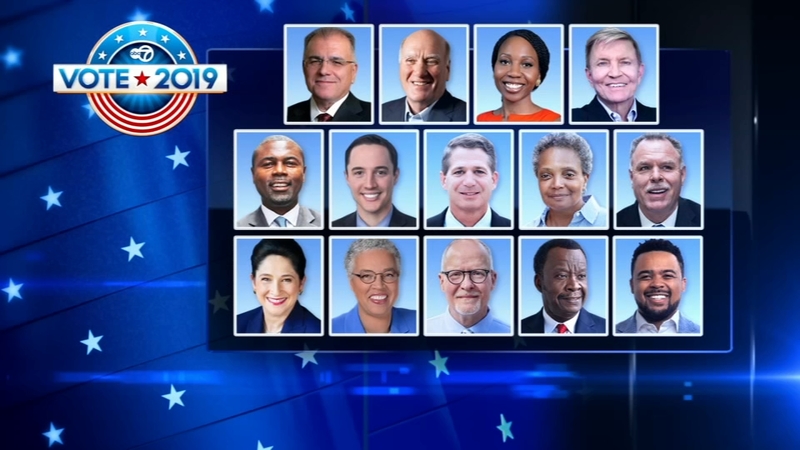 CHICAGO (WLS) -- With less than a week to go, Chicagoan Maura Irizarry knows it's time to pick a candidate in the race for mayor. But who?

"There's too many candidates. You have to narrow it down and see who is the best candidate for Chicago," she said. "Chicago is a complex city."

MEET THE CANDIDATES: Get to know the candidates running in Chicago's mayoral race

Irizarry is not alone. She was eating lunch at Luke's Homemade Italian Beef in the Loop, and fellow diners seemed to agree with her. They remain undecided in the mayoral race.

Jermaine Dickson expects to decide on Election Day, making it a day-of decision on Tuesday.

"I can't say I believe in any one candidate head and shoulders above any other," he said. "I'm going to vote any way it goes, but I'm going to weigh all of their statements. I'm going to choose the one that fits best behind the ideals I embrace."

So why are voters undecided, especially with the deadline quickly approaching?

"I think a lot of people are undecided because we don't have an incumbent in the race and there isn't a clear-cut leader," said Larry Bennett, a retired DePaul University political science professor and author. "It's a very diverse city, and people are coming at this election from very different perspectives."

Voters have different perspectives and care about different issues. For example, Bennett said, North Side residents may be following development and growth issues, like the Lincoln Yards project, while voters on the South and West Sides will track the latest in police reform.

Generational issues may play a role as well. Stevie Valles, of Chicago Votes, a non-profit, non-partisan organization that energizes young people to get political and vote, said youth see voting as the key to having a voice.

"Young people are starting to view voting as a tactic to start to curve the trends of the city around corruption and police accountability," he said, adding that the high number of young voters during the mid-terms will likely be present in the city election. "We are the biggest voting bloc in the city. So if we vote, we can see things turn to be the way we want them to be."
Tuesday's voter turnout will be critical as well.

"It's the tightest race we've ever seen, but that's not permission to wait for the run-off," said Sol Lieberman, of the Better Government Association. "If you wait for the run-off, there's a good chance that instead of 14 candidates that you are unsure about, you have two that you don't like at all."

Lieberman added that mail-in ballot requests are "astronomical" this year, especially when compared to previous mayoral elections. As the night unfolds Tuesday, Chicago voters should keep in mind that mail-in ballots post-marked by Feb. 26 will be accepted through March 12.

Regardless, folks at Luke's in the Loop will be studying the candidates soon, including Maura Irizarry.