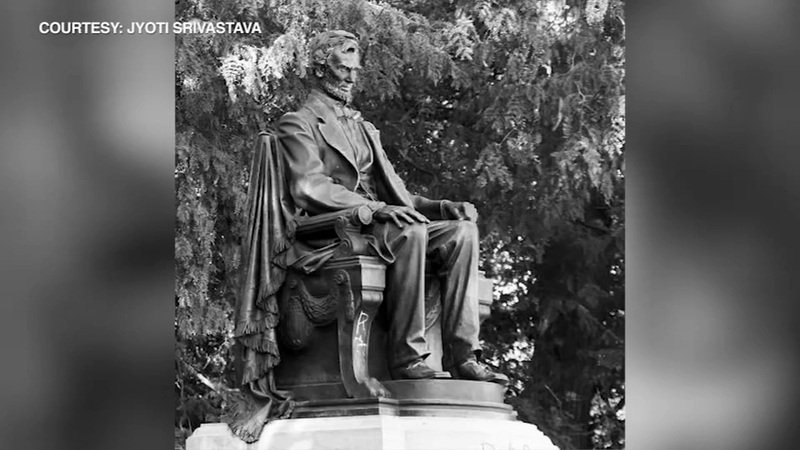 CHICAGO (WLS) -- Chicago is reviewing 41 statues to determine if they should be removed. It's part of an effort launched after the removal of the Christopher Columbus statue in Grant Park last summer. The public can add their input as well.

They are monuments to our past that some say offer an incomplete or false narrative of history. Now the city of Chicago is beginning a process to review 41 monuments on city property and recommend next steps.

"We couldn't do this work without a rich public dialogue, this is about a Democratic process," said Mark Kelly, Commissioner of Chicago's Dept. of Cultural Affairs and Special Events.

The Chicago Monuments Project invites participation in the process after some tumultuous encounters around Chicago monuments - most notably the violence that occurred around the Columbus statue over the summer.

"It's definitely something that can be a good conversation starter, but let's not stop there," said Chris Brown, an organizer with Black Youth Project 100 Chicago who was at some of the protests over the summer. "It would be nice to see an Ida B. Wells statue put into place where the Columbus statue was and any with Lincoln needs to come down."

Among the monuments to be discussed are five with statues of Abraham Lincoln. While Lincoln notably issued the Emancipation Proclamation, which led to the end of slavery, Native Americans question reverence to Lincoln when it comes to his treatment of Native American tribes.

"He's also a president who made a number of decisions that brought true harm to American Indians, so our American Indian community rightly have asked that these monuments also be considered," Kelly added.

The Monuments Projects will take input through April and then make recommendations to the agencies which maintain the monuments. The recommendations could be anything from removal to adding a statue.