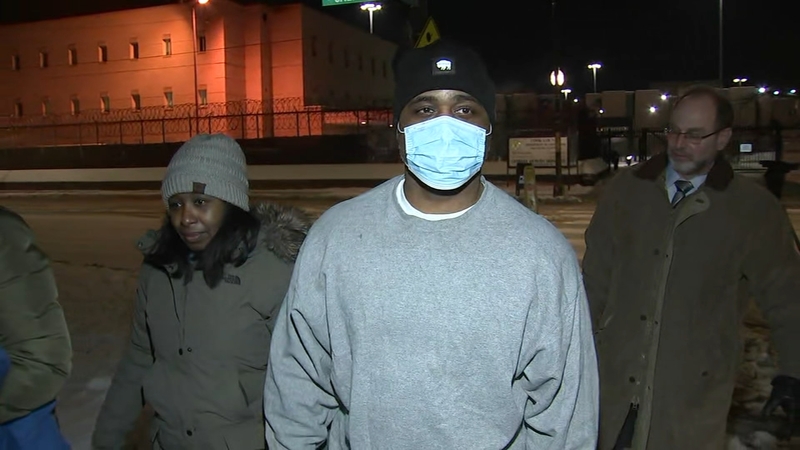 Man released from prison after twin brother confesses to murder

CHICAGO (WLS) -- A man was released from custody Tuesday night after spending 20 years in prison for a murder his twin brother confessed to committing.

Kevin Dugar walked out of the Cook County Jail around 9:30 p.m.

He's free now because his twin brother, Karl Smith, claims it was actually he who pulled the trigger in a 2003 shooting on the North Side that killed a rival gang member and injured another at Sheridan Road and Argyle Street in Uptown.

Smith is already serving a 99-year sentence for a violent home invasion in which a child was shot in the head.

In 2018, a judge said Smith's confession was not credible, saying he'd been denied an appeal and stood no chance of being released. The judge also denied Dugar a new trial.

But the Northwest Center of Wrongful Convictions appealed Dugar's case. Another judge reviewed it, and, Tuesday morning, said Dugar should be released.

Dugar's attorney said he hopes a new trial will never come, and instead the Cook County State's Attorney's Office will review the evidence and agree to throw it out.

"He is a free man tonight, and it's long overdue after 20 long years," attorney Ron Safer said.