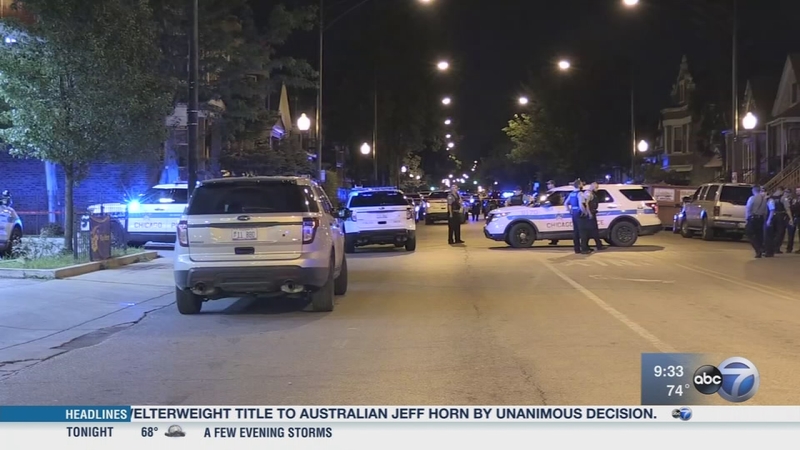 CHICAGO (WLS) -- A person was shot and killed by Chicago police in the Lawndale neighborhood Saturday night and two weapons, including an AK-47, were recovered, police said.

Two Chicago police officers responded to a call of shots fired in the 2200-block of South Kostner Avenue at about 10:45 police said. When they arrived, officers saw someone armed with a weapon in a nearby gangway.

Police apparently had a confrontation with that man and that's when the officers opened fire and shot the person.

"They proceeded through the gangway where an armed confrontation occurred. One officer fired, striking the offender," said Chicago Police Area Coordinator Glen Brooks.

The victim was identified as 37-year-old Quintec Locke.

Witnesses disagree with the police account of the shooting.

"Although we do not want to rush to judgement, there are an awful lot of unanswered questions here," said Eric Russell of the Tree of Justice League.

Locke was shot and transported to the hospital, where he later died, police said. One officer was transported to a hospital as a precaution with minor injuries, treated and released.

The police officers were in uniform and had body cameras.