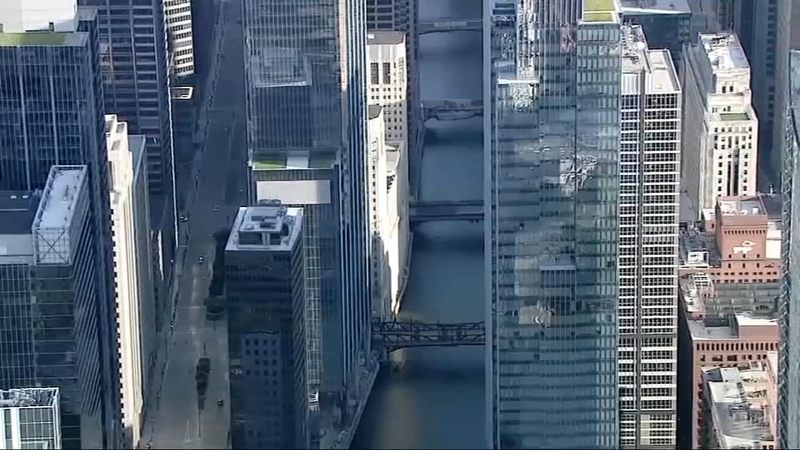 CHICAGO (WLS) -- Chicago restored access to the Central Business District and Loop Sunday, following a number of peaceful protests and demonstrations that took place across Chicago this weekend.

With the citywide curfew lifted, bridges lowered and CTA services restored, life in Chicago is returning to normal. It's a sign of what will hopefully be better days to come for business owners.

Ramesh Ariyanayakam, president of the Northalsted Business Alliance and owner of Kit Kat Lounge in Boystown, said it's a sigh of relief after last week's uncertainty.

"Everyday was something new and something different. It was really hard to plan for staffing and to understand what was going to happen at night," Ariyanayakam said.

Business owners said the traffic restrictions made it harder for customers to get to them, and the curfew limited their hours in an already trying time with the COVID-19 pandemic.

"We were all on edge trying to make sure that our businesses weren't broken into," Ariyanayakam said.

Patel and his employees boarded up last week after looters broke into the South Loop market. The devastating aftermath turned into a work of art after neighbors offered a helping hand.

"So glad that they came out to help me. I wasn't expecting it but they were there," Patel said.

Business owners said they hope the community will be out to help rebuild what both the pandemic and looters took away.

Starting Sunday morning, full access to the area was reintroduced, including the reopening of all entrance and exit ramps on Lake Shore Drive, I-290 and I-90/94.

In addition to the reopening of the freeways, the following transportation measures will resume:

Pace also announced its Paratransit Service will resume operations in in the area Sunday morning.

Metra trains will resume alternate weekday schedules on Monday. The alternate schedules are available on https://metrarail.com/.

To provide additional space for safe and peaceful marches and rallies, the city opened Grant Park and Union Park for residents looking to participate in planned demonstrations over the weekend.

Road closures riddle Chicago in an effort to protect protesters and residents.

"We want to make sure you have the space to lift your voices and make yourselves heard," Mayor Lori Lightfoot said.

Following an all-hands-on-deck effort to protect Chicago's neighborhoods, particularly on the South and West Sides, no major looting or property damage incidents were reported in the city's commercial corridors.

This decrease in criminal activity follows the increased deployment of Chicago Police Department patrol on Saturday, with high visibility around Chicago's small businesses and commercial corridors.
More than 300 trucks from city departments were placed in 175 commercial corridors, Lightfoot said.