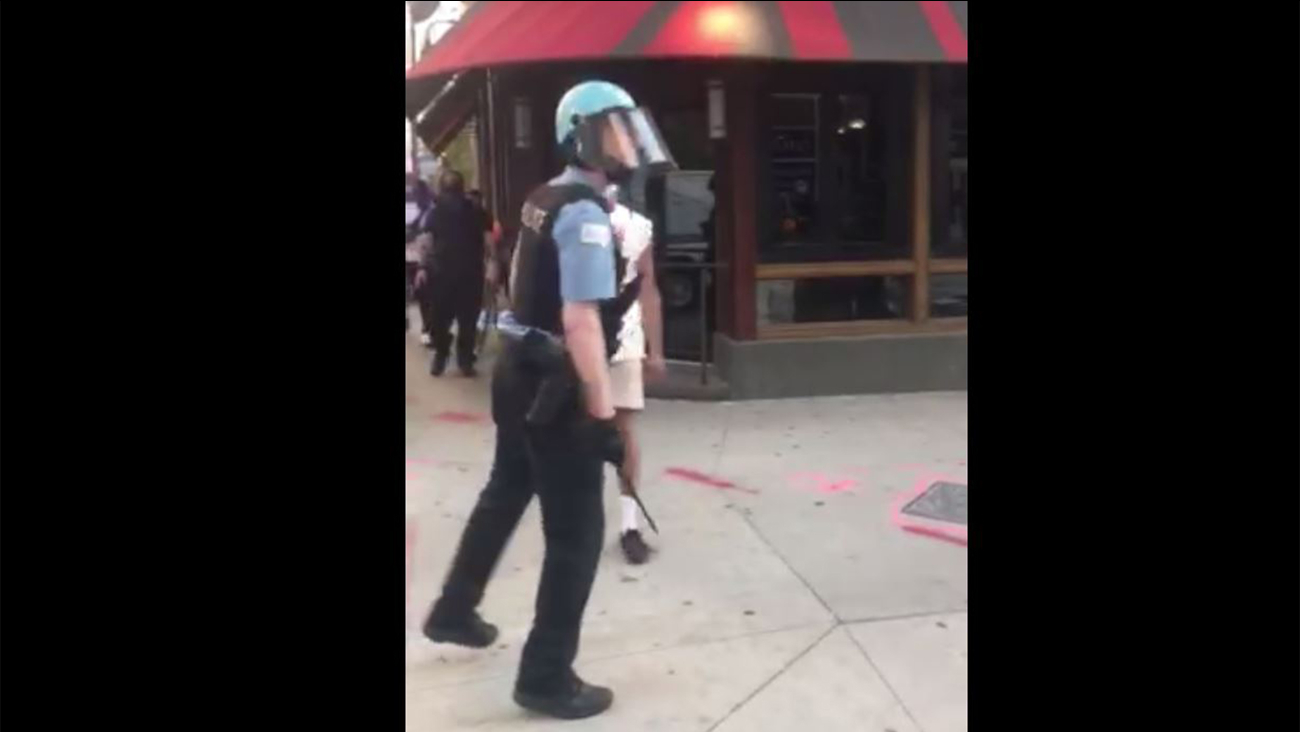 Chicago police are investigating an officer who was reportedly recorded on cellphone video using a homophobic slur last weekend during downtown protests.

CHICAGO (WLS) -- Chicago police are investigating an officer who was reportedly recorded on cellphone video using a homophobic slur last weekend during downtown protests after the Minneapolis police killing of George Floyd.

In the video posted on social media, the officer is heard using the slur after the video shows a traffic cone was thrown in his direction while his back was turned to protesters.

The Civilian Office of Police Accountability said in a statement Friday that they recommended Chicago Police Superintendent David Brown identify and change the duty status of the police officer involved.

Chicago police issued a statement Saturday, saying they do not tolerate such behavior and "any derogatory conduct is inexcusable and has no place in the department."

"We have opened an investigation into this incident and will take appropriate disciplinary action immediately as we work to identify the officer involved," the statement said.

In a statement, the advocacy group Equality Illinois said "we believe in keeping the focus on what the protests are primarily about: our society cannot tolerate police brutality against African Americans, including queer and trans African Americans. But we want to add unequivocally, there is no place for homophobia among those who are charged with protecting our city. This officer must be removed from duty."

The clip is the latest in a string of viral photos and videos demonstrating alleged police misconduct nationwide during George Floyd protests. On Friday, Mayor Lori Lightfoot called for the firing of officers recorded flipping off protesters and hiding their badges, though she said that would be Brown's decision.