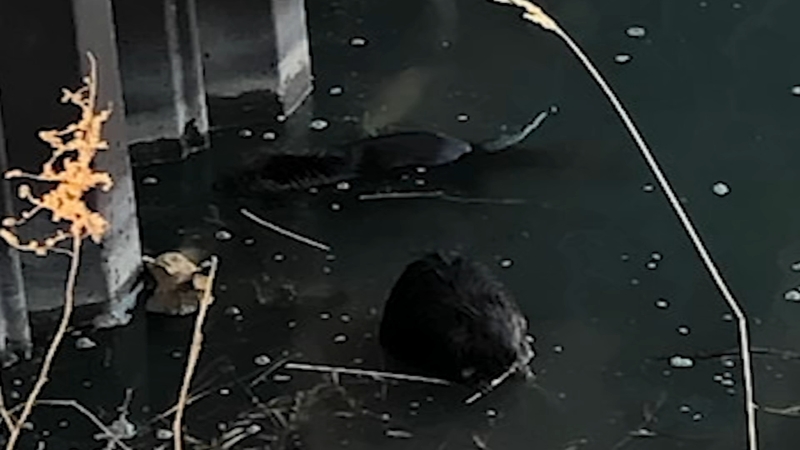 CHICAGO (WLS) -- While most of us are familiar with rats, another version of rodent is unexpectedly increasing in numbers and captivating residents of the Chicago area during the pandemic: beavers.

Most city dwellers are used to seeing rats, and the Chicago Department of Streets and Sanitation even said there have been an increase in calls requesting rodent abatement in 2020.

But as the Chicago Tribune first reported, beavers often went unnoticed until the COVID-19 pandemic brought everything to a standstill.

"I don't know if you ever saw a beaver, but you are not expecting them, they just look like a big rodent," said Zach Selch of Evanston.

While Chicago's urban areas are known to be some of the rattiest around, their nocturnal, semi-aquatic cousin has become a regular inhabitant of the Chicago River and others of the city's waterways.

Selch first noticed a beaver family living in the lagoon on Northwestern University's Evanston campus one morning, and has been fascinated with them ever since.

"A few years ago I started posting pictures. I was like, I can't believe there are beavers in Evanston," he said. "Everybody commented, so I posted more and now we're pretty much posting something every day."

As a matter of fact, the beaver family has quite the following on social media. According to Margaret Frisbie of Friends of the Chicago River, that's brought a whole new interest in nature in the city.

She said beavers have been in the Chicago River for decades.

"The weird silver lining with COVID is people are outside enjoying nature and seeing wildlife in a way they haven't seen before," Frisbie said.

Frisbie said she first saw evidence of beavers' presence at Bubbly Creek on the south branch of the Chicago River, which runs through Bridgeport, following cleanup of the waterway by federal authorities.

"There's over 75 species of fish in the Chicago River now, because the water's so much better, and more animals every year," she said.

Experts say beavers are smart and usually always busy. Natural engineers, the four-legged rodents never stop growing and can weigh over 50 lbs. They create family units or colonies to raise their young.

But for those now enamored, the beavers are a reminder for all of us to appreciate what's around us.