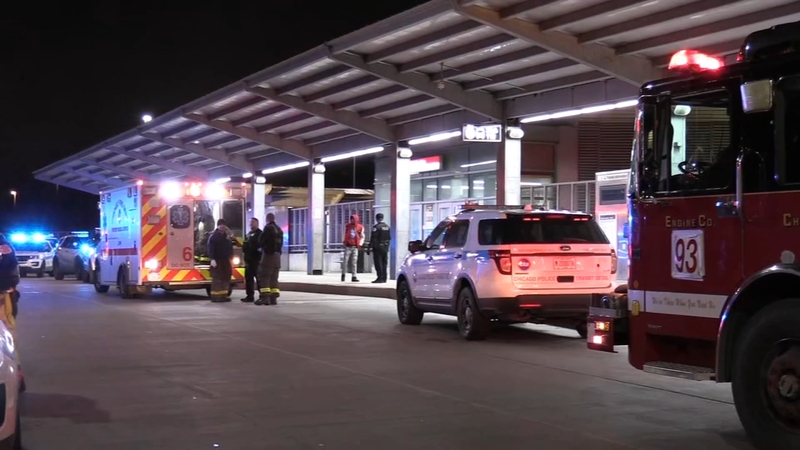 Chicago police said an argument between two men, both 53 years old, escalated into a fight at about 1:55 a.m. The victim started walking away and that's when, police said, the suspect shot him, striking the man three times. He sustained a gunshot wound to the lower abdomen, back and lower left leg.

The Chicago Transit Authority said in a statement that a man involved was a CTA employee working as a customer assistant. CTA said they were pursuing termination of the employee, who had broken various workplace rules, including possession of a firearm.

The man shot was taken to University of Chicago Medical Center in critical condition.

Police arrested the suspect and recovered a weapon at the scene.

"The CTA continues to work closely with the Chicago Police Department as they investigate last night's incident and the circumstances surrounding it," CTA said. "The behavior of this one employee is not at all reflective of the thousands of hardworking, dedicated men and women who take pride in their work and responsibly perform their duties each day."

Red Line service was temporarily suspended between 95th and 87th about an hour later due to police activity, according to CTA.

Trains were running with residual delays as of 4:50 a.m., according to CTA.

Area Two detectives are investigating and police did not provide further information about the incident.