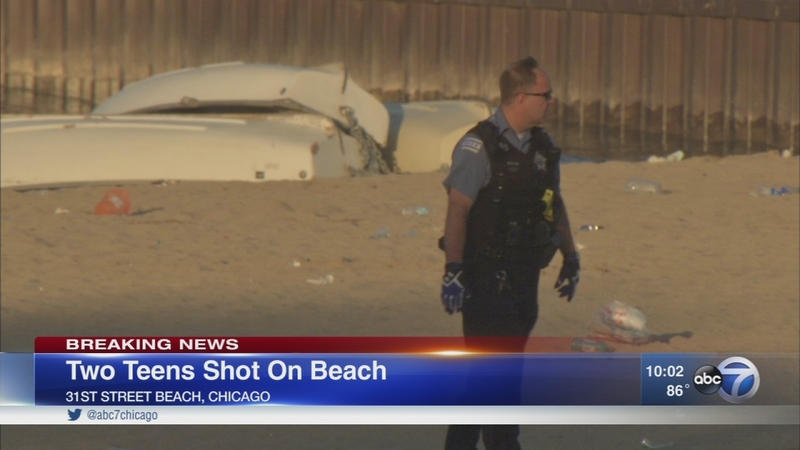 CHICAGO (WLS) -- Two 16-year-old boys were in critical condition Sunday evening after being shot at 31st Street Beach on Chicago's South Side.

The beach was closed as police investigated. The entrance to the beach reopened at about 10 p.m. - about three hours after the shooting occurred.

The boys were in a physical altercation when an unknown offender fired shots.

When the shooting happened, the beach was crowded due to the warm weather.

The shooting shocked many beachgoers.

"We come here every summer and nothing like this ever happens. It's usually an older crowd," said Tammi Williams-Paige. "It was shocking."

31st street Beach is closed down and CPD is clearing the existing patrons. More info on victims to follow.