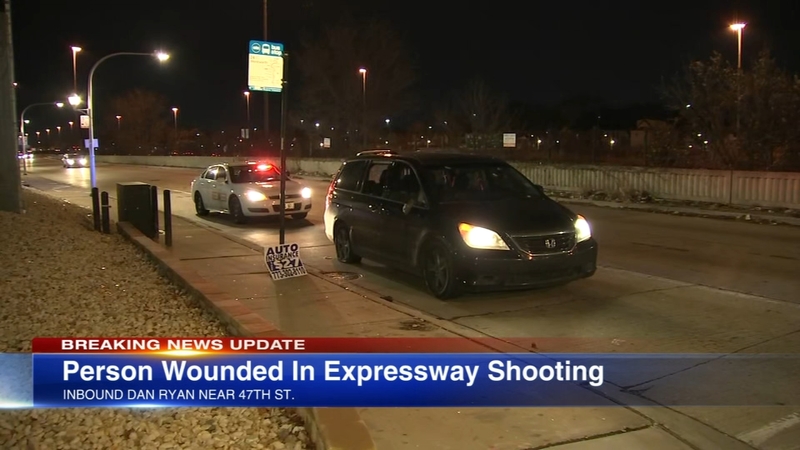 CHICAGO (WLS) -- A shooting on the Dan Ryan Expressway on the South Side left one person injured Monday night, Illinois State Police said.

The shooting occurred at about 8:22 p.m. near 47th Street and one person was transported to an area hospital with non-life-threatening injuries.

Northbound lanes of the expressway were closed while police investigated.

Anyone with information on the shooting is asked to contact ISP ISP by phone at 847-294-4400, or email at ISP.CrimeTips@Illinois.gov. Witnesses can be anonymous, police say.